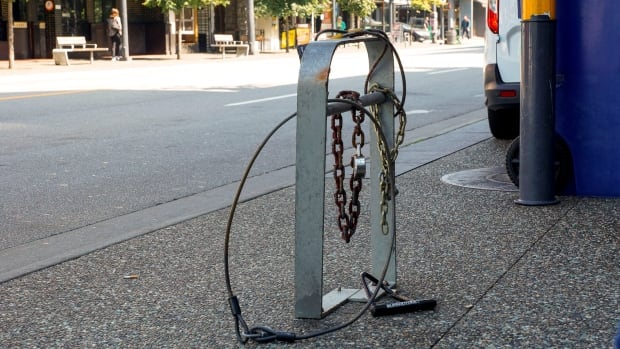 After a Dalhousie student recently had his high-end mountain bike stolen from his underground parkade, local vendors are encouraging people to secure their bikes, no matter their value.

I saw the facebook post where the guy posted descriptions of the bikes with pictures of them and the storage locker and the cut lock. They were in a locker secured with quite literally a $50 master lock that was easily cut. $12000 bike, $50 lock. Just a different style lock, like a puck lock would have made it much harder to cut, but they would have likely just cut out the wire mesh of the door then, but it would have taken longer and maybe the thieves would have been seen / scared away.

Watch lockpicking lawyer on youtube if you want to see how easy a lot of locks are to open. Very few locks will stop a determined thief, especially one with a cordless angle grinder or big bolt cutters, but there are ways to slow them down and increase the risk of the theft being discovered.

It doesn’t help that they were visible. My in-laws live in a building where the storage units are made up of cinder blocks and doors. No one can see it’s contents.
I actually registered my bike on that site, 529 Garage. I wouldn’t hold out much hope that it would be returned though.

A security camera would go a long way to dissuade criminals.

Side note, picking locks and watching lock picking lawyer was one of the ways I stayed sane during the lock down.

When I recently, purchased an RV it had a lock with no key on the hitch receiver and my lock pick set payer for itself in 15mins. (I was stoked, lol)