and they wern’t sure about letting mtbikers go in and create trails because they may be messy and unsightly. maybe they’ll spend money on alot of rock , woodchip, and crushed gravel to make it pretty. (lol)

Looks like a well organized group I think they have access to about $250,000 for trail and park development.

By Yvette d’Entremont – The Weekly News
Residents living in the Blue Mountain Road area of Kingswood could see their community trail fully completed as early as this June.
A tender call for the completion of the trail in the Hammonds Plains community closed last week.
“This is a trail that was 85 per cent completed in 2008 connecting Blue Mountain Road to Terradore Lane within Kingswood subdivision,” said Hammonds Plains-St. Margarets Coun. Peter Lund. “The recent tender is to complete the trail, which includes a look off.”
Lund said the $70,000 trail project is funded by the provincial government and the local homeowners association, with coordination provided by HRM. The trail land is parkland HRM required the subdivision’s developers to set aside for the community’s use.
Although he hasn’t yet seen the trail’s look-off, Lund said he expects it’s quite spectacular.
“When you drive up Blue Mountain it’s quite a hill, so if there’s a look off there it must be quite something. I’m going to have to check it out myself,” he said.
The work specifications set out in the tender document include: tree trimming and thinning; rock clean up and trail preparation; the supply and placement of gravel and crusher dust; a trail to the look off area; culverts; a bench; tree planting; work on the parking lot and site signage.
ydentremont@eastlink.ca

I was somewhat familiar with the area before
Kingswood was developed because I regularly rode on the Barrett lumber road that leads to the new trail. 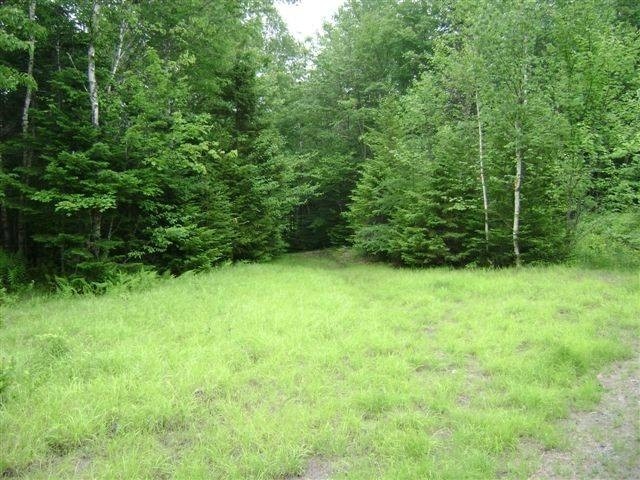 Trail head marked with orange tape.
The trail starts out good for about 100 yards.

Looks like a shithole. " Hey gang, look at this, I found a shithole to build trail in." At least deer have the common sense to keep there hooves dry…