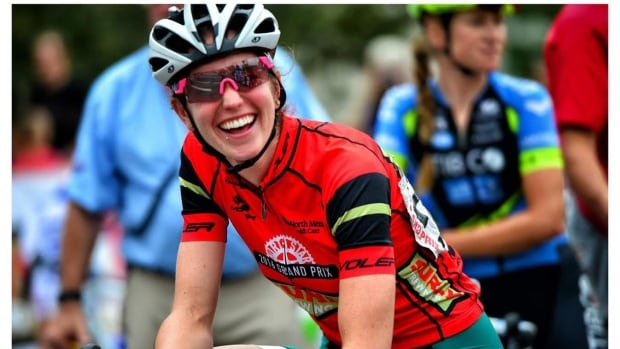 Council unanimously called Monday for a new law that would force drivers to stay a metre away from cyclists when passing them.

The best possible outcome from a tragic accident.

On a side note I learned in this article that cyclists in NS can be fined up to $225 for not using an available bike lane!

Definitely a step in the right direction. Maybe someday, motorists will respect cyclists’ rights to the road and not try to hit us, swerve in to scare us, or yell at us that we don’t belong - and a law won’t be required to make them do it. I’m betting that autonomous cars will happen first, though.

Honestly I don’t feel like drivers are out to get cyclists. It’s the very, very rare person who would deliberately attempt to assault someone with their vehicle. The scourge of our roads is distracted driving and general ignorance.

Unfortunately we can’t make a law that forces everyone to have universal respect and common sense (I know I’ve wished for it on many occasions and not just for bike or traffic laws), so public awareness through a highly publicized motor vehicle law change is as good as it gets. I’m glad to see that this is getting some publicity here in NS maybe a few more people will “get it” and it will help make our roads safer too.

I’m glad to see that this is getting some publicity here in NS maybe a few more people will “get it” and it will help make our roads safer too.

Fingers crossed! Education is going to be critical. Enforcement for those who still don’t know / respect will go a long way, too.

Agreed about distracted driving. That, and aggression here in Halifax. I don’t know why people are so angry and impatient but the things I’ve seen people do… wow!

The 1 metre law is a good idea for sure. It gives cyclists and law enforcement something to use to discourage irresponsible driving.

A law won’t stop the truly malicious individuals…no laws do. Riding the roads in the valley are a treat compared to the city. Still some folks that need to be educated, but overall pretty darn good.

And let’s be honest…there are some bad cyclists out there too that should be fined for their actions.

Very true, but cyclists rarely hurt anyone but themselves when they ride poorly. I’ve seen a few “invisible” cyclists riding at night with no lights and dressed all in black, weaving in and out of the lanes.

The scourge of our roads is distracted driving and general ignorance.

I do agree. I have personally never been attacked by a drive but I have definitely had some close calls. Almost all of them have been attention related.

Some have been a respect thing usually someone trying to squeeze by when there isn’t a safe solder/lain and another car is passing. People tend to forget that they are operating what is essentially heavy machinery.

One thing I do find a lot of cyclists don’t talk about is that, like drivers, there are cyclists that don’t give cars the respect they deserve. There are two sides to this problem and it needs to be looked at from both.

The reality is that if it isn’t looked at and understood from both parties, people get injured or killed. period.

Keeping the public informed and remaining informed and showing respect both on the bike and behind the wheel.

In regards to the fine for bikers not using the lanes, I think it’s justified. There needs to be enforcement on both the driver and rider.

Lastly, at the end of the day, if your the one on the bike it’s much better to try and be mindful of when a drive may screwup and prepare your self then to expect everyone else to be a perfect driver. That just wont be the case.

Cyclists that do ride like this do however enforce the “you don’t belong on the road! GET OFF!!” mentality that some people have.

My father always used to say that it doesn’t matter if you’re right or wrong when you’re lying in a hospital bed…or worse.

I’ve been guilty of distracted driving, whether trying to eat lunch or just zoning out. I’ve also been guilty of riding like a complete idiot in traffic. Thankfully, I’m still here, and no one was hurt.

Let’s hope that this tragic incident in NB will allow for positive discussions/education, and adjustments to be made in the laws and if necessary the enforcement of said laws.