@landandwater Disrupts the sales and technology “trying too” and yes Thanks @JonMacD explains how is it more powerful than gopro without gimbal interms of tech but still very young at stage.

I use a GoPro hero 5, chest mount. The Rylo gets much better footage in my opinion, unless you have a gimbal. Having used a gimbal, yes it gets great forward but I found it heavy and awkward to use. If the Rylo comes out with a version that records in more than 1080p, I’d switch.

Thanks. I thought it was the name of a specific product.

I’ve got most of the popular trails from Hillsborough on my YouTube channel now. All with a gimbal and a Hero 3. I’m going to epoxy the mount in place so it does not flop down. I’ve been using it down, and against my chest so it has nowhere to flop, but doing that is putting part of the gimbal in the shot. My epoxy is going to fix that. no way to see what the GoPro sees until it is home on the computer.

First time using timelapse. Used 30s between shots. Way too long. Our approx. two-hour work session was reduced to 6s. Still, I do like it. Nice to have a record of the event.

I’ve had great success with SJCAM, specifically the M20.
Sjcamcanada.com
I have the Contour camera and the Cycliq Fly6 and Fly12.

M20, is Much less expensive than the GoPro. Battery lasts about 1.5 hours and I have 4 batteries.

Resurrecting this old thread. Because… I just got a real GoPro for Christmas. Saw reviews of the GoPro 8 and its image stabilization capabilities - getting close to gimbal quality without a gimbal, so I asked for one for Christmas, and Mrs. Claus got it for me.

I’ve had it out for three rides so far, and really only beginning to see its capabilities. One limitation which I knew about before getting it is that the lens is not replaceable. On old GoPros, if you crack a lens, you can just unscrew it and replace it. Not so on the Hero 8 - if you break the lens you need to replace the camera. For some this is a dealbreaker. Although I read that the new lens is stronger glass than the old ones, and you can buy lens protectors or put the camera into a case. GoPro does offer a GoPro plus insurance service - for about $5.00 a month they will replace a broken camera for free.

However, of the three rides I’ve done with the camera so far, the first was a night ride, and I shot 1080/30 with stabilization on high, but not on Boost. Footage looked quite shaky. What I’ve discovered is that apparently stabilization doesn’t work that well under low light conditions, and the cameras software actually automatically dials down stabilization under low light to prevent image artifacts.

After doing a little research, I set 1080p/60 with stabilization on boost and used the helmet mount for last Tuesday’s group ride, and the footage is pretty stable. I’m going to see if I can edit down the footage before I post it.

I think I’ve determined that I prefer chest mount for solo rides, and helmet mount for group rides so I can follow other riders through turns. I just bought a seat rail mount which I’m looking forward to trying so that I can shoot other riders from the front on group rides, rather than looking at their backsides for the whole ride.

Clip from Group ride at Shubie. Shot at 1080p/60, stabilization in Boost mode. No gimbal. You can see how well the stabilization works by how much the headlight bounces around in the bottom of the frame.

If you ever want to be in the shot, I can take the camera and follow or lead you depending on the shot you want.

A dude I follow on Instagram, Mark Matthews, has posted several times about sharing his tips for GoPro videos. Have to join Bublup or some such thing, which I tried but couldn’t figure out and quickly gave up. Maybe someone with more patience than me can figure it out, though, and learn something? I don’t think he’s using the Hero 8 yet, but I’m sure whatever tips are applicable to the new one, too.

From my experience: the chest mount needs to be tight to prevent bouncing, otherwise the stabilization is having to work overtime. I really like the Hero 7 stabilization, excited to see what the Hero 8 offers. Congrats on the new toy, Eric!

@IanMHFX, on some rides where I was using the chest mount, on the video I would hear some thumping, and then I noticed this blue thing come flying in from the side… I now tuck my Camelbak sipper tube under my chest strap.

Tried out TimeWarp (Time Lapse) on the Hero 8 for the first time on the group ride last Tuesday night. I left the speed in Auto, and the video seems too fast:


It compressed about 25 min. of riding to about a minute. Will try setting it manually to 10x next time. Image stabilization looks pretty good though. Again, no gimbal.
4 Likes
IanMHFX January 16, 2020, 2:03pm #44

Does it choose the compression based on how long you were riding? For example, if you had only been riding for 10-minutes, would it have used 10x to compress to a minute? My initial thought is that GoPro limits clips to 1 minute to allow for easy sharing on Instagram and other sites with limitations.

I don’t think that’s how it chose the compression. I think you can shoot any length of video, but the Quick software downloadable for Windows does only allow one minute videos. I don’t know how it decided what speed to use. From what I’ve read, slower speed may degrade the stabilization, so there may be a tradeoff. The GoPro app on my iPhone looks like it will allow me to speed up a TimeWarp video, but not slow it down. So, I could try shooting slower and then speed up in software, but that might give poorer stabilization. Will try again next ride.

A couple of recent video clips: 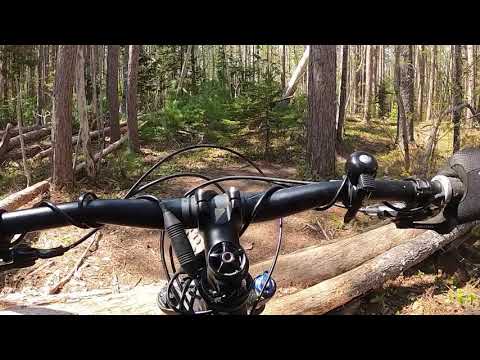 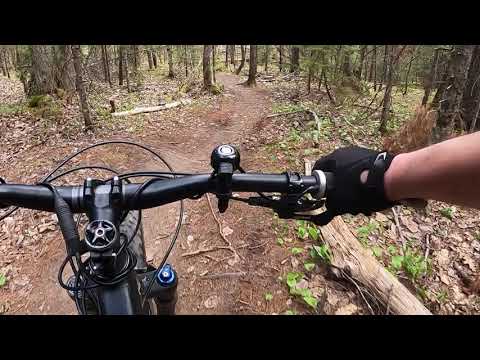 Really enjoying the image stabilization on the Hero 8, but it does smooth out jumps and drops and make them look a lot less impressive. Best to reduce it or turn off for jumps.

I also recently got a saddle rail mount so that I can shoot riders behind or someone else can shoot me from the front instead of getting butt shots all the time.

I also need to remember to tuck my camel back sipper under the straps so it doesn’t fly into the camera shot when I’m wearing the chest mount.