This is a replacement for one that she had prepared but was bought before it could enter the show.

The show is at Keshen Goodman Library for the next month if you happen to be in the area.

I’m wondering what they will think with the subject, lol.

Based on your photo, @rolls.

Do you have the picture it was painted off of @JeffV? When I saw it on FB I was trying to figure out who was who…curious how right (or more likely wrong) I was.

You are on the right @shadowfox70. I think she nailed your rugged good looks.

Yep she nailed it! And my redbike too😆. 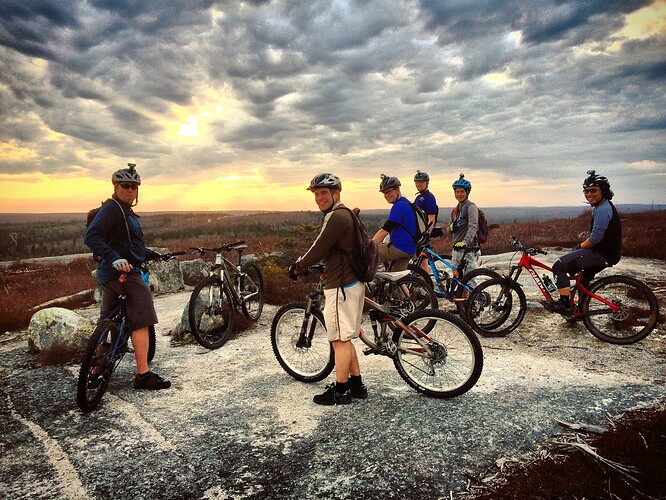 Looks like @Chris_Dwyer-perkins merged into the background. He should have worn a different colour than @Jetter.

Some artistic license was taken. At one point there were only 3 people.

That’s an awesome piece of art! Don’t know about those rowdy subjects though. One of the great benefits of that area is the spin off of art from it. I guided a well known local artist, Susan Tooke, on the canoe loop for a multidisciplinary art project she was working on. Part of it was on display at City Hall during Nocturne.