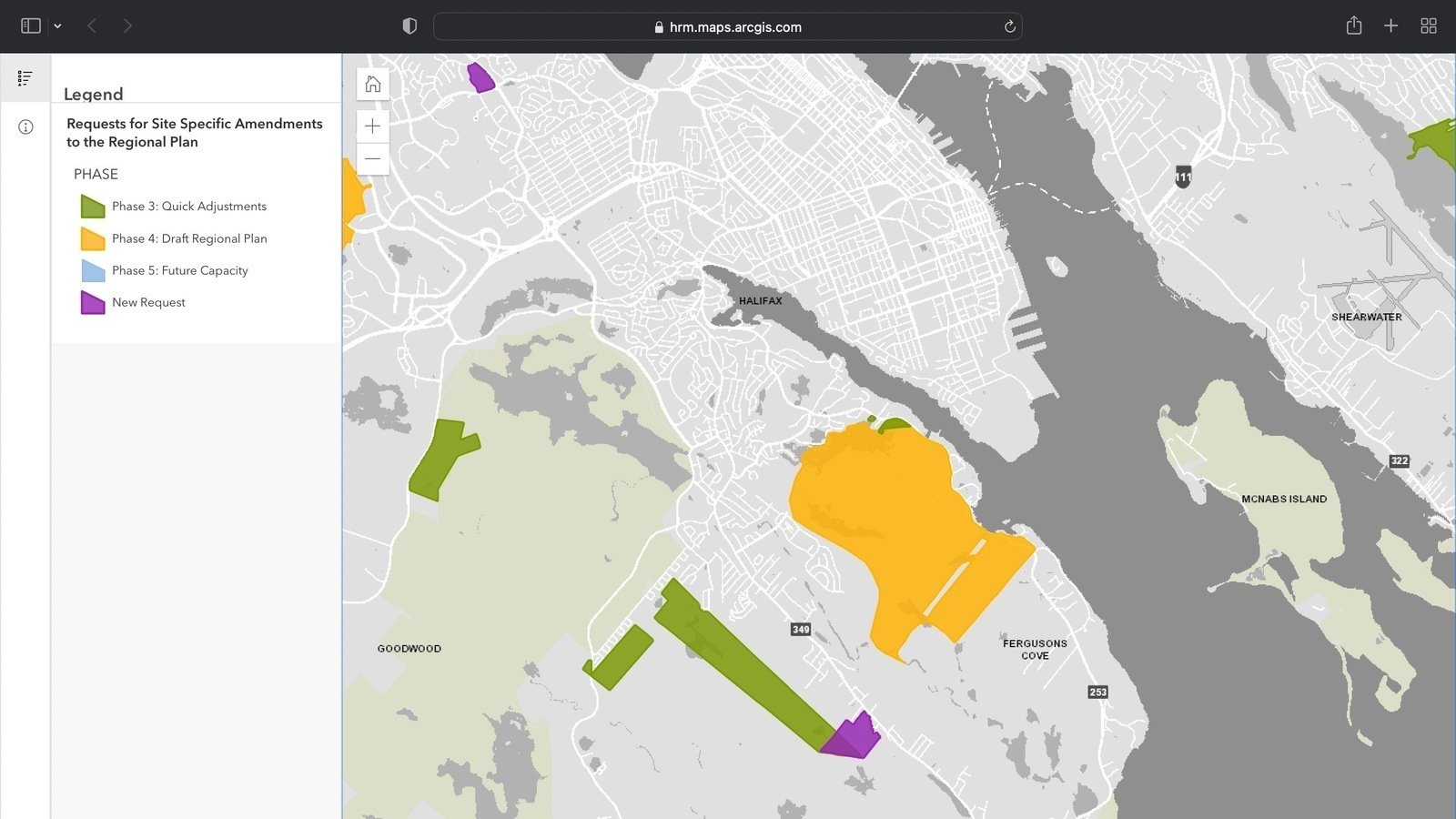 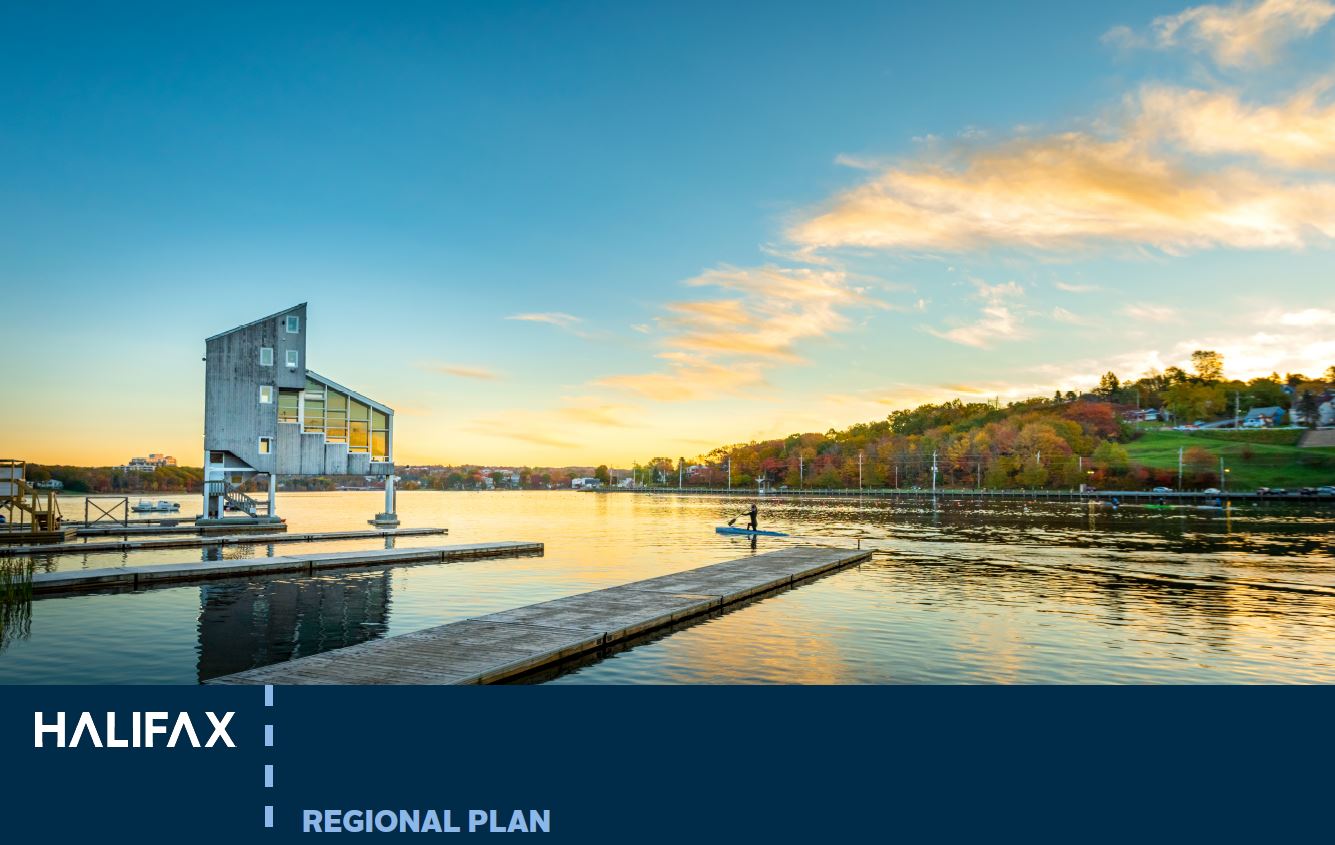 Phase 4: Draft Regional Plan (Anticipated December 2022)This phase will complete the new policy framework for the Regional Plan. Work completed through this phase will include advancing work on additional site-specific requests. See the table below...

Case 22257 HRM initiated request to review all lands in the Urban Reserve Designation in the Purcell’s Cove area, as a result of HRM’s acquisition of Shaw Wilderness Park.

To provide feedback on this application please email regionalplan@halifax.ca and reference Case 22257.

What the fuck…Am I interpreting this wrong or something? Someone please tell me I am.

HRM is considering rezoning private land areas in the orange area, out of Urban Reserve into a different category. Rural Commuter is the proposal, which allows for low density development without water and sewer service.

This rezoning consideration should have no effect on sanctioned MRWA trails or cause development in that area. Those trails are on Crown and HRM park land. The HRM park land WAS private, but is now park.

However, Bloodline and Secret Singletrack trails are on private land (unauthorized) within the orange area. Those trails could be effected if private land owners exercise their rights to use their land for development (or even just by posting no trespassing signs at any time, of course).

MRWA is aiming to meet with the Councillor and understand this better, and hopefully contribute to a solution that works for all the different interests involved. As I see it, those interests in no particular order are: 1) land and watershed conservation; 2) the people who own the land, who have rights too; 3) recreation.

Phew okay good. Hoped I was misunderstanding that.

3.2.3.1Rural Commuter Designation
S-5 The Rural Commuter Designation shall be established on the Generalized Future Land
Use Map (Map 2) to encompass those areas within commuting distance of the Regional
Centre that are heavily influenced by low-density residential development. The intent for
this designation is to:
• to protect the character of rural communities and conserve open space and natural
resources by focussing growth within a series of centres, as shown on Settlement and
Transportation Map (Map 1);
• support the delivery of convenience services to the surrounding settlement area;
• control the amount and form of development between centres; and
• protect the natural resource base and preserve the natural features that foster the
traditional rural community characte

I think there’s no harm in signing this petition now.

It’s probably a better idea to send feedback directly to the HRM email, to show there are lots of people who would like to see some or all lands preserved for ecological value and low-impact recreation.

Treating this as the “petition to save Fight Trail” sounds ridiculous, however. It’s the sort of self-absorbed and entitled thinking that has hurt the interests of MTBers in HFX over the past 15+y.

Keep in mind the situation. I’ll be blunt.

These are the considerations that I think are important in this area:

Ideally, there’d be a win/win/win plan which grows the size of intact ‘wilderness’, gives the landowners value, and provides more trails so recreation is even more of an economic plus for the area.

How this could happen seems tricky, I don’t know what the mechanisms could be at this time. But it’s worth asking for politely. These are just my personal comments.

Thanks for the explanation. I did contact my councillor about this. Do you have a suggested approach to this issue, my initial reaction was I would like to see the land preserved as parkland. What do you suggest as the approach we suggest to our councillors that we would like to see?

Thank you Lawrence for your well thought out and well written responses. And thank you Bent for copying and pasting the appropriate municipal data. I will change the post title. It was written in haste to capture attention. It was neither self-absorbed nor entitled thinking, and I take exception to the insinuation. I saw the petition, read the details and signed. I wanted to share it with the community so I posted it here.