Any one got a sure fire solution to a stem that wont grip the steer tube well enough? Been having some issues with my stem twisting when riding janky tech trails - often leading to some sketch moments.

Example scenario… slow speed up hill off camber corner with super grippy bed rock, the exit of the line being downhill and off camber the opposite direction so you end up turning across the camber and just rip yer bars off the bike right before a chute. I should note the zone in question has done this to other riders too so it’s not really my bikes fault, is mine for building weird lines.

Currently running an e13 stem on a Fox 38. Have had this issue over the years with various combos. I don’t want to over torque the bolts (not too much at least) so looking for other options. Would some Fibbergrip work here? Beefier stem perhaps? Just put a boxer on the trail bike? JB weld?

Have you tried roughing up the surface of the steerer tube where the stem clamps at?

Do your best to get grease off the steerer tube, then use something to rough up the inner surface of your stem to provide more grip. I usually use coarse sand paper so I can see something like “cross hatching”. Hasn’t been an issue on MTB for me, but definitely familiar with it on BMX.

I hear dual crowns on enduro bikes are the trendy thing now. So I vote boxxer with a direct mount stem. Problem solved.

I’ll try roughing up the steerer tube and see how that goes, if all else fails it’s duel crown time.

I would try a different stem. Sounds like the manufacturing fit of the stem is too big and isn’t allowing the appropriate clamping force. I would be careful about adding any profile to either as you might actually make the problem worse.

Can’t say I’ve had any problem with my stems twisting except in crashes but as mentioned earlier, assembly paste should do the trick for some added grip.

I also prefer to use a torque wrench in these cases, alternating between stem bolts to keep the toque even and blue loctite to prevent them from backing out over time.

Fiber grip for carbon stuff. It’s basically grease with grit in it for grip. 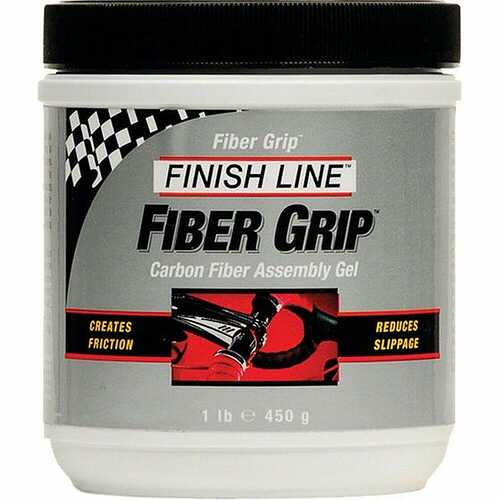 Any luck with getting your slippage issues sorted? I noticed the other day my straightline stem’s torque spec is 12 Nm which I was surprised by as I would usually expect them to be around 6 Nm. 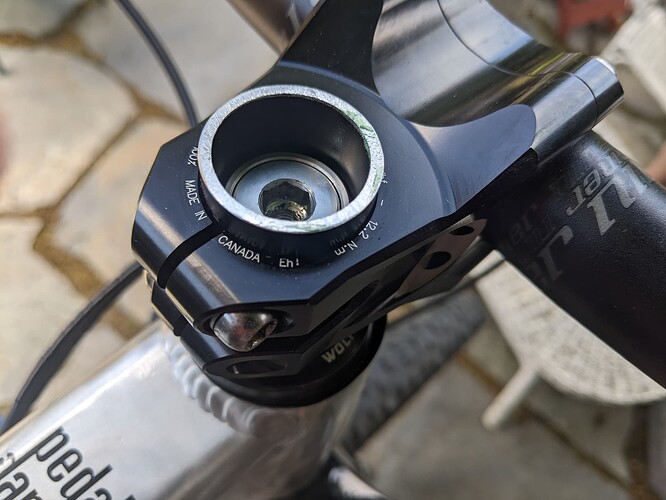 Bikes down with a blown fork, so other issues right now. When I get the parts in for the fork I’ll try some of the suggestions for the slipping and see how it goes.

What’s happening in your steertube there? Not a normal top cap?

What @JoshM said, it came with a hope headset I was running before switching to the 2 degree geoshift wolftooth one I’m running now.