We need to do better

I ran into someone who had a bad experience at Fight/Macintosh Run today.

I met a woman on her first mountain bike ride who told me how she had ran into a group of guys one of whom made a discouraging comment to her.

I spoke with her for a few minutes and tried to explain that there are many supportive riders out there. I specifically mentioned that this site and the ridelikeagirl group are positive and supportive to all riders of all skill levels and encouraged her to check the site out. I also encouraged her to keep riding and not things like this turn her off mountain biking.

Fortunately she had a really good attitude and I don’t think her bad experience will have long term affects, but we have to be very conscious of new riders out there.

It’s hard enough learning to build the skills needed for mountain biking (we all know we’ve been there or are still doing it) without seasoned riders being critical. I for one am going to use this as a wake up call to try and stop and talk to new riders more and share some positivity.

Yea i agree, support i got when I hit the trails made me increase my price of buying a bike from 400 to 700 lol

This is disappointing. I went for a quick solo ride today and ran into another group who were polite and encouraging. This has not always been the case. I’m not sure what anyone has to gain by not encouraging new riders. I can imagine how folks like these represent the MTB community when they encounter hikers, dog walkers, and residents living close to the trailheads. Everyone needs to be a good ambassador for our sport.

Really sucks that some people can be like that.

Thanks for passing on the word about the #ride-like-a-girl group.

I really hope it takes off. We’ve had maybe 5 women request access since it was launched. It started with 30, I think.

Everyone starts somewhere which is why an approachable front porch is needed on a trail system. Difficult tech at the start doesn’t help beginners, youngsters or even experienced riders who just need to warm up and get in the zone.

I hope to see her join up. She would be much welcomed.

This seems like a good time to thank the ECMTB community for welcoming me back. I’ve already met some great people (@SQUATCH, @smithers, @PlushRush) and have another pending guide offer (@Pepperjester.) For new or returning riders, I’d have to say this group is invaluable. Without you, I’d still be riding around my local trails solo. So kudos to all of you. Once I’m all trained up, I hope to pay it forward.

About 5 minutes before I ran into the new rider I stopped and spoke with the group she had the interaction with. We spoke for a few minutes and they were pleasant with respectful to me. I don’t know what conclusion to draw from these two differing interactions. I had never met any of these riders, so I don’t know if it’s even fair to draw any conclusions and I by no means want to call anyone out or shame anyone.

I was just disappointed to see such a new rider have a bad experience. It really got me to thinking about when I started and the struggles I had, both physically and mentally.

It’s a good thing she ran into you then. I’m sure your support is what she’ll remember from this day.

Thanks for this. I really appreciate that you both gave her your time & respect and have also reminded the rest of us to do the same.

I think this is especially important to helping make a male dominated sport inclusive and welcoming to women. I spend a lot of time thinking about the barriers to access for mountain biking (finances, trails, representation etc) and our attitudes towards others is significant.

Look man, it’s a simple reminder. Don’t turn it into a “not all mountain bikers” thing. Maybe I’m reading your comments out of the tone you intended, but honestly, your comment comes across super defensive - which makes it sound like maybe you also could do better. Maybe you don’t, maybe you are the most welcoming dude shredding trails, didn’t think there was a limit to kindness though…

We all can do better. Brushing off being a generally good person on the trail as someone else’s problem will ultimately keep people from riding.

I dislike generalizations. In my experience, and I’m sure many in this group have similar experiences, the mountain biking community is overwhelmingly firendly, accepting, and supportive. To take one bad example and paint everyone with the same brush is unfair.

If you want me to run through my portfolio of starting and running a cycling club with a focus on inclusivity, organizing grass roots MTB racing, advocacy work, and my involvement in paracycling I can, but that’s not the point.

When negative generalizations are used to paint all members of a group with the same brush it can have a negative impact on those who are actively working to make a difference.

My intention was not to paint the entire community any particular way and it was also not meant to be negative. I agree with you, most of the riders I’ve ever met were very friendly and respectful. The thread was more to remind people that a little kindness to other trail users (particularly people just starting out) goes a long way.

I’m glad you find the community welcoming etc, the point of this post is that not everyone does.

That’s really lovely that you’ve made some great efforts to make this sport inclusive - but your hard work can be undone by one shitty interaction that has absolutely nothing to do with you - so I’d argue you’re 100% bringing up the exact points needed here. It really doesn’t matter how much nice stuff you do if people get out on the trail and are treated like crap once they’re there.

Given your efforts, I’d suggest maybe backing up the original poster might further your impact rather than dismissing their experience and that of others.

This forum isn’t followed by the general public and usually someone is invited after they’ve been introduced to the sport. Being internally constructive with our criticism is 100% necessary to keep us all from being selfish & slack on the trails. It won’t negatively impact or discredit people doing good work, if a post doesn’t apply to you - no comment necessary, just move on. I’d suggest this post/conversation is just as important as the recent conversation about wopper/flipside. Constructively checking ourselves from time to time only serves to make us better.

It won’t negatively impact or discredit people doing good work, if a post doesn’t apply to you - no comment necessary, just move on.

The “we” in the title implies that applies to all of us, and OP’s post implies all of the guys in the group. My issue isn’t with the sentiment, it’s with the implication and negative generalization.

That’s so nit-picky on the sentiment of this post it’s ridiculous.

Inside the community we can maybe decipher the difference between to nice folks and the assholes, but we are viewed collectively outside of the mtb by the actions of individuals. So either we need to be nicer on the trail, or we need to do better at raising awareness. From outside the mtb community we’re viewed as one. We’re all the jerk that speeds the most in residential subdivisions, we’re all the person who forgets to announce they’re on the trail and takes someone by surprise when they’re hiking, we’re all the jerk that says something discouraging on someone’s first ride.

I apologize for the use of the term ‘we,’ no offence was intended. I will be more conscious of the implications of the words I use when posting.

Can you provide context to what was actually said? The vagueness of this post leaves a lot to interpretation. 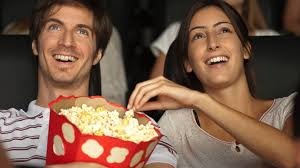 Many of us probably have good intentions, but still end up doing harm. Story time.

Me and a buddy were riding on a trail in HRM where a group beginner ride was coming through. It’s an out and back trail, hard to get lost, etc. Someone in the group had suggested this not-beginner-level trail to the group because he liked it and figured the group could handle it. They couldn’t. The group became fractured, with the more advanced riders zipping ahead, with the “leader” saying it didn’t matter because no one was going to get lost on this out-and-back with no other exit options.

What I witnessed was people walking their bikes more than they were riding, left on their own, and eventually leaving before the “leader” had ever started back. Did this dude intend to destroy a bunch of beginners? I genuinely believe he did not. Was he irresponsible in bringing those folks to this trail? Absolutely. Did any of them keep riding? Unlikely, but I don’t know for sure. All I know is that a bunch of people had a really bad experience thanks to this one dude, and I was livid at his irresponsibility toward other riders.

As the ride leaders here know, it’s important to keep a group count, keep the group together, have a dedicated leader and sweeper, etc. There are many things that go into making something a good experience for new riders, and sometimes people forget just how daunting things look to a beginner. So as Sarah said: there’s no limit to kindness. I’m still part of ECMTB and the local community largely thanks to the kindness shown to me by @adventurer on my first ECMTB group ride.

Just a little anecdote that despite your best intentions, sometimes you’re still wrong. Acknowledge that, accept that, and do better. You, me, ALL of us.