What's up with Fight?

Rode Fight this afternoon and from the entrance all the way to where Lou’s starts, there were orange arrows, lines and writing painted on the granite. Most of it pointed to the existing trail, but some of it went into areas where there is no trail at all and or to parts that I have never seen ridden…

Anyone know what this is all about???

I think MRWA is starting to do a some trail work there. It is possible that is their work.

The paint is not related to any work that MRWA is doing. I checked in with Fabrice Cambray who will be doing the flagging for the new trail going in in the Attic area. He indicated he won’t be starting any of that work for another week or two.
We have no idea who is responsible for the markings. They do appear to be like the red paint that emerged on the Suzie Lake Look at Whopper a few years ago - indicating drops/preferred line choice/etc. These markings look to me like someone’s misguided attempt to be helpful in providing direction on the trail.

There was a Giant test ride there…just a coincidence though I’m sure, because these markings are just stupid. 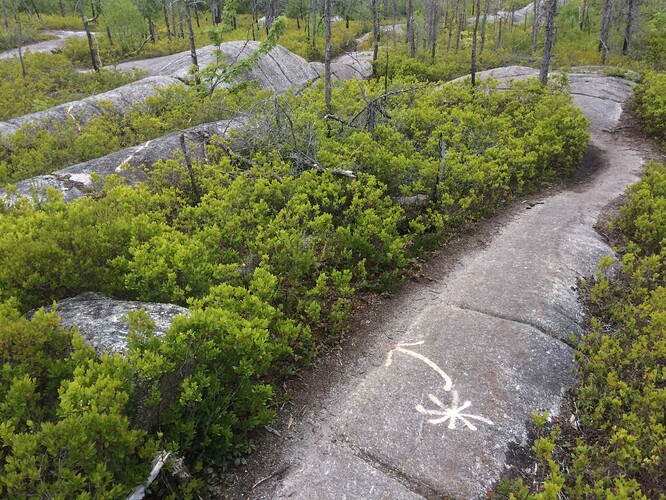 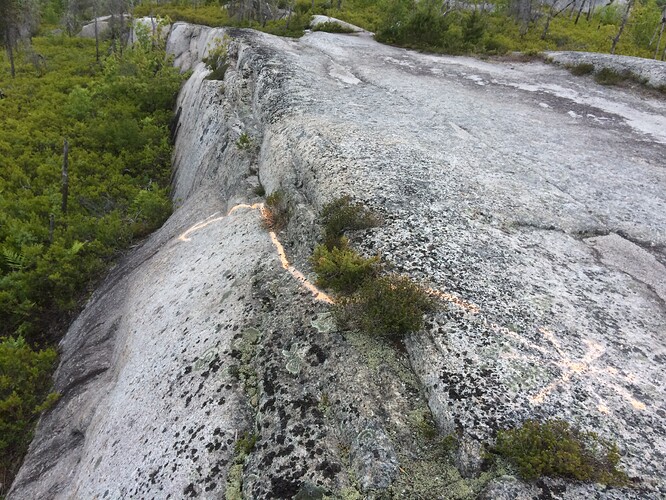 The markings had nothing to do with the Giant test ride event. That I am quite certain of.

Seems our friend or friends have been in Wrandees too. There are arrows painted on rocks trees and the bridge over the marshy area between Quick Exit and the start of the Red Line. Complete with asterisks (whatever the hell they’re supposed to mean) painted a few rocks.
It’s actually pretty unsightly where the trail meets the new crusher dust trail. Someone wanted to indicate a trail head there and painted a number of arrows on trees and all along the bridge.