Post up the latest conditions on the trails for winter riding. Do they need snowshoeing? Sloppy or good to go? Winter riding is a blast!

Just rode the bird sanctuary in kentville this morning. We laid some good tracks. Should be good to go.

The hikers have the entrance beaten down nicely.

The stream climb is messy and needs a good freeze. Some paths are too tight for a bike and needsre-routing.

The trail beside the river is decent except at the end where it gets swampy and goes through tight trees.There is a sizable tree down on the river trail as well.

Along the lake it needs more snow and a good freeze to make the swampy sections ride-able.

Across the sluice-way is decent too but needs someone to stomp a trail up over the hill to the big rock and down.

I didn’t make it to the boy scout bridge or any of that section.

If it showers tomorrow we will have roots again but Monday / Tuesday is going to freeze which should be good for the stream.

BLT Trail past the Coke Plant 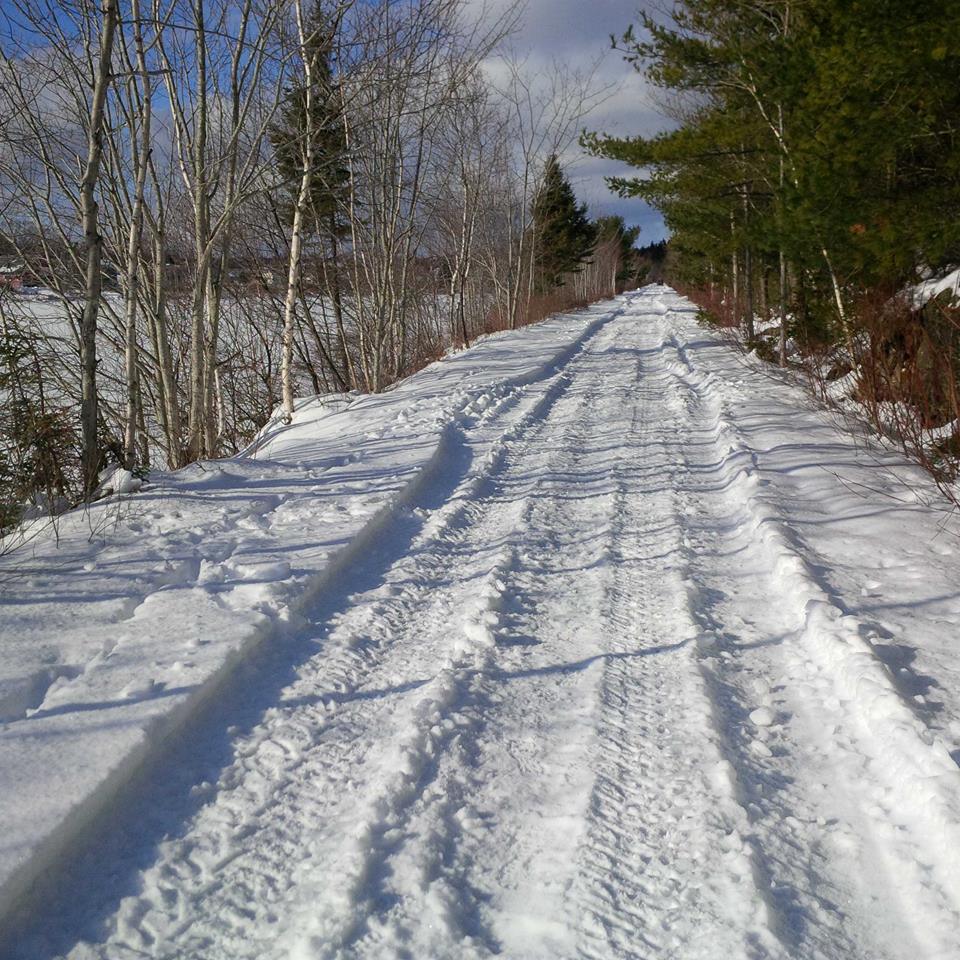 That looks rideable when crisp. Fyi, I snowshoed Da Minion trail up to power line top.

@JeffV nice work on da minion. Took a walk through today. Still a bit soft but nice and beat down. Will be good when the temps drop.

Thanks, I’m hoping it gets good enough for a ride. If it is too warm to bike tomorrow afternoon I might go stomp it again.

If anyone is up in Cape Breton I’m hearing Carmicheal trails are in great shape. Well packed, smooth and flowy.

Saw some pics from a group in Spider lake this am…looks good to go there as well.

Spider is good, most of the lower trails are all great, and Skull is rideable out to the first climb, I have heard poker run is stomped as well.

Update on wrandees - the pipeline and luge are hard packed and rideable but still a fair amount of exposed rocks/roots/water. Maybe 75% fun and 25% crap.

The other side of wrandees by the lake is in great shape though. 100% fun.

I was at Spider Lake last night. There is a little ice but everything is rideable without studs. Thanks to whomever groomed the trails. You did a great job

Conditions are stellar. Get out there while you can

Second Lake last night was excellent. Crusher dust trails were well-packed by hikers. The singletrack on the left near the First Lake Dr. entrance was rideable. Rode it up to the end of Crimson Dr. A bit of work going up. Fun coming down, except for my headlight battery running out. Rest of the run was done holding an iPhone with its light on the bar with one hand.

We walked in to the other end of the singletrack near the top of the big hill. Footprints, but snow not well packed down. We turned around, and I rode back down most of it.

Just curious…I’ve never ridden in winter conditions before and I was wondering what you guys are running for a setup? Are you riding fat bikes or do you just have a set of studded tires on for these packed trails? Thanks!

@Colemand0 unless you want to blaze your own trails a fat bike is not necessary. The more popular trails get well packed down, so most of us are just riding skinnies with studs. A lot of times the studs are not even necessary either.

Rolls is right on the money, with well packed snow regular tires with a good tread work great. For trails that get icy (or riding around on lakes) studded tires are the best. I’m using the Schwalbe Ice Spiker Pro in a 2.35 width.

I’ve got the exact same tires as @gtrguy, but you can make your own studded tires and save a few dollars. There’s lots of how-to videos on youtube like this one.

Agree with Rolls. I have a Fat bike, a semi fat and studded tire bike. I am using the fat bike a lot in the valley only because the trails don’t get the same amount of attention as the trails in the city during the winter.

Last Tuesday I was the only one on a fat bike and it wasn’t necessary. It does allow one to pick different lines…

I just picked up some proper studded Nokians, and have my homemade studs available if anyone wants them. Certainly nowhere near the volume of studs per tire of a commercial set, but I’ve managed to ride just about everything with them (just don’t lean over too far in corners!). There’s definitely room in the lugs to add more studs if you wanted to.

$20 if anyone wants them. They’re 2.1 Kendas, IIRC. I’ll throw in tire liners with em (old road tires with the beads cut off, essentially).