It’s been a while guys. We’ve had a bit of adventure this summer, and illness has kept me off the bike.

But things are moving and we’ve had an offer accepted on a house in Westwood. I didn’t even think about it until I was looking at a map this morning. There’s a couple of roads that stop at the top of what I think is the top of the Bowater trails. Wrights Lake Run has a trail head but I haven’t explored it yet.

Does anyone know if there is a link from Westwood? @supercraig , are you aware of anything?

I live in Westwood. As far am I’m aware, the access trail to bowater is through private property, and they have no trespassing signs up. 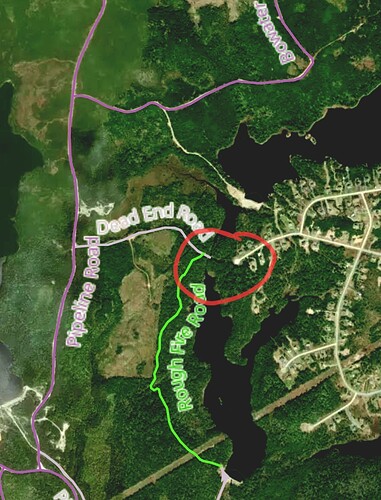 I’m not sure about the property ownership east of the water crossing, but it’s crown land on the west side.

Did you hit those jumps above Rona yet?

Did not know they existed