Does anyone have a Cape Breton bikepacking route? I’m planning for next summer and I’d like to see what Cape Breton has to offer.

The Eastern Divide project is promising to post their route from Cape Breton through to New Brunswick at the end of this month. At the moment it’s very rough. Eastern Divide Trail - A bike ride in St. John's, Newfoundland and Labrador

My thought was to find a few routes which loop off the EDT once it’s finalized, with one of those loops in CB.

I’ve been chatting with a dude who’s currently riding that route. I’m going to get his .GPX file when he finishes. I’ll be sure to pass it on. I’m currently working on a long route in the Western Crown Lands, I’ll share that once it’s proven as well.

Thanks, that would be great.

I’ve been mapping a route in the eastern mainland. I was hoping to ride some or all this year, but I doubt that will happen with my current schedule and health. I’ll keep you posted.

I was involved in some of the initial discussion over on Bikepacking when they were seeking route scouts and stewards. They went quiet, and people who had volunteered their time and knowledge were left hanging. There was a few snappy replies when the same folks started asking questions and that was the end of the discussion.

I looked into it and was going to offer some suggestions but got distracted. The route from CB to NB is pretty obvious but buddy spent way too much time on pavement considering what is available but only a local would know about it. Maybe they are open to suggestions when it’s done?

The first leg of the route is up on Bikepacking.com behind the subscriber paywall, several other segments are as well. They now say they are releasing Segment 2 at the end of the month, and I suspect some legs aren’t fully scouted or they aren’t being released until after their influencers are on the trail. Maybe they don’t want to get scooped on their own route. I did reach out and volunteer as a route scouts, but didn’t get any feedback. 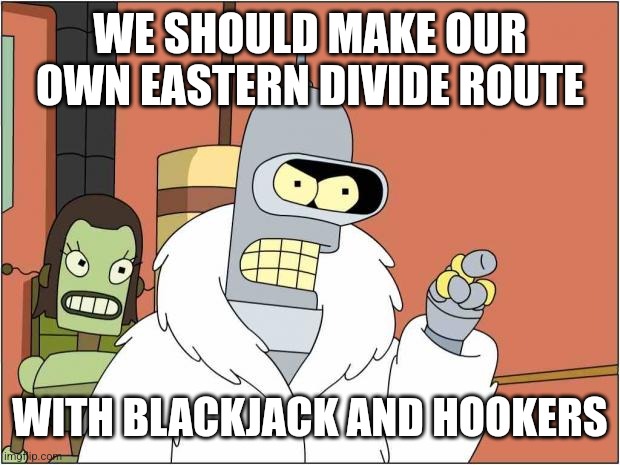 I had no idea route planning was so competitive. The internet ruins everything.

The bikepacking.com business model is based on subscriber access to content like routes. They do publish some on their site, but more can be accessed through the subscription bikepacking collective.

I’m sure you’ve seen these but I’ll share anyway.
Here is the map of the snowmobile trails. Just about everything on the plateau is logging road and easily rideable. Easiest way up there is the 104 from Hunters mountain or the 106, they are both roads similar to what you ride in Bowater.
I’ve been meaning ride there this month but life has been getting in the way.

Makes me want to get a ski-dog. That’s quite a network.

It’s hit or miss with the ones that I gravel ride on. Always an interesting adventure though so I always pack a lunch. 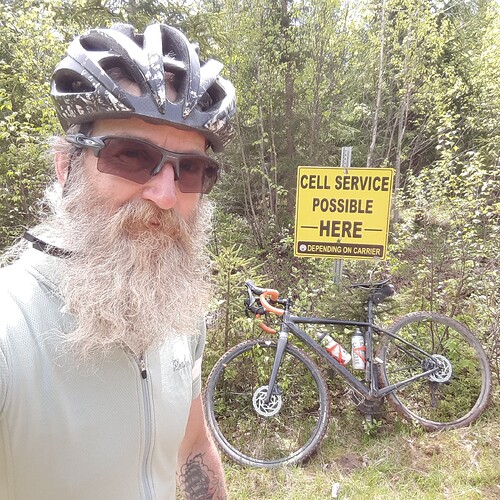 Sweet thanks. You wouldn’t happen to have a GPS file of the old Across the Highlands route?

Unfortunately not.
Last one I did was 2015 and it was around Mabou.

No GPS but here’s a map and cue sheet of one of the original Across the Highlands, before they changed the course to a loop. 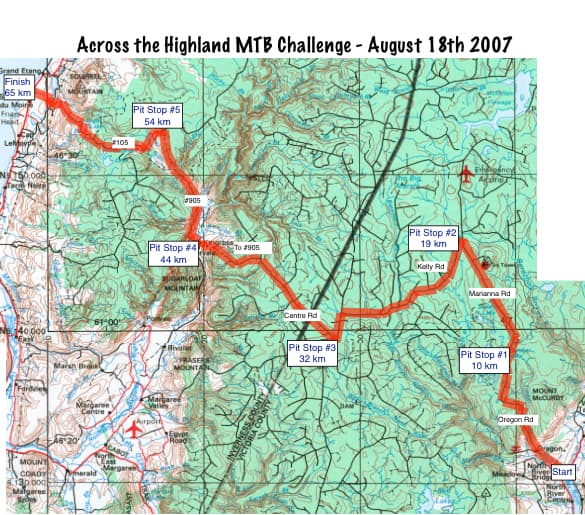 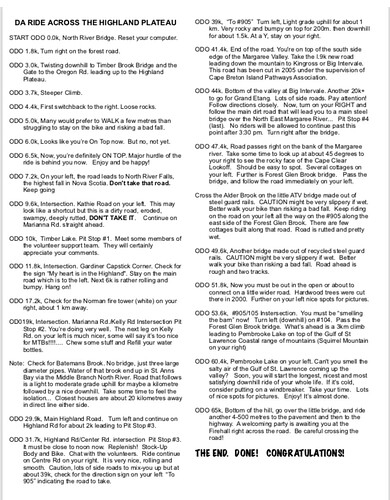