Someone setup a copycat site on FB, instagram and a web page. Same initials just with bike on the end instead of biking.

Kinda grinds my gears after all the work we all put in.

That sucks man. It wouldn’t be soo bad if it was in the states or something. Is this site registered in any way that you could enforce its identity, ask facebook to remove the offending page. Ask the domain holder to cease and desist?

there’s this one too:
https://www.eastcoastmountainbike.com/

We figured out who it is, but not a whole lot we can do.

If we were a business I’d be a little more worried about it, but we’re just here to ride bikes.

I found another ECMTB site one time… I did a google search to get to ECMTB some time ago and found this:

I don’t mind other purposes or areas like east coast of US or Aftrica. No biggie.

But, it seems these people are really just trying to exact revenge for us not taking them up on their marketing services.

The thing is, between you and me, we have very little cash and could not pay them for their services anyway. We pay for the site and ECMTB activities through, donation, selling stickers, bottle collecting, etc.

So we decline all requests from businesses offering to help us with our google juice or marketing. We get 1-2 cold solicits a month (ish).

It’s a weird thing to do - I thought maybe it was an ecmtb.net rebranding exercise at first.

I’m curious as to what they are really trying to accomplish? There’s nothing being sold or promoted on the websites (yet?), but then why would they go to the trouble of setting up a new bi-lingual site with a branded logo etc.

The whois record of the domain doesn’t give up much info. What to do? I guess we could start a Facebook page review flamewar? (kidding, kinda).

There’s nothing being sold or promoted

The social media sites are the product being sold (eventually). Once they garner enough likes/follows etc they sell the platforms to the highest bidder. I think they were hoping we would be interested in buying it. Hahahaha

We’ve been in touch with the marketing agency that setup the sites. They don’t seem too concerned.

Lol… On their Instagram about half the posts and pretty much all the hashtags are just general mountain bike things. Not a whole lot specific to mountain biking in eastern Canada. An account with a bunch of irrelevant followers is pretty useless.

Could be worse, it could be Team Sinister.

I didn’t know that was a thing. To each their own I guess… or in this case not really their own, but more of some of ours and whoever else they can link to.

I was totally going to waybackmachine their page but couldn’t be bothered. Instead…EVIL CLOWNS 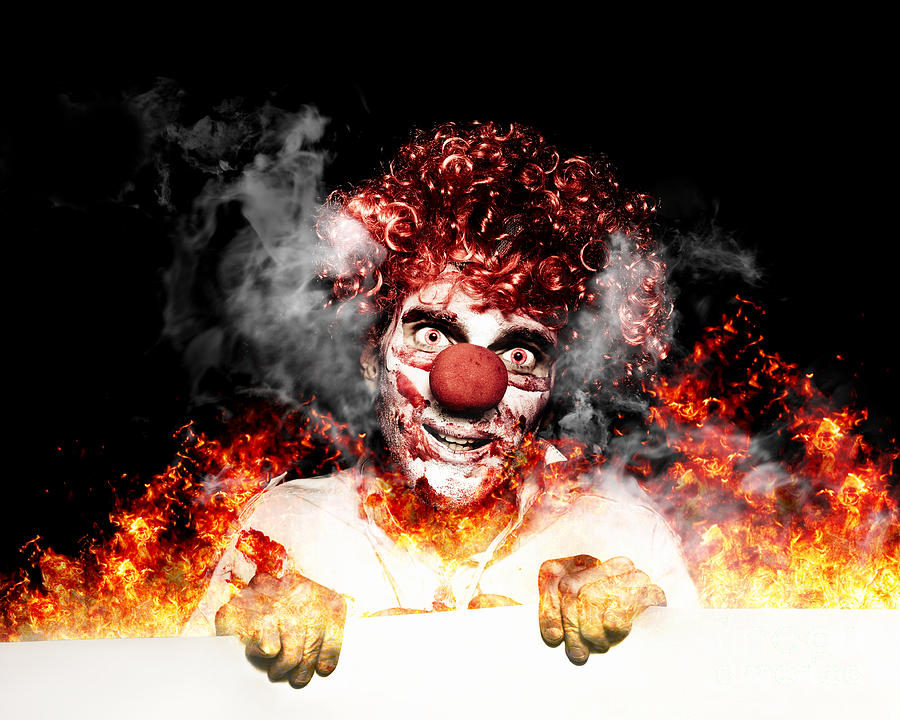 that shit can be reported on Facebook in the least.

I own a fairly large website & community back in the UK… It’s been running for about 18yrs now (114k users, nearly 500k threads)

People come & go, try to create a copy / steal users because they assume there’s $100,000’s to be made each year from advertising. There isn’t. Certainly not when you have fixed server costs and software licences.

Eventually they fizzle out, when they get bored or realise that the market isn’t big enough to suit. Each time they take a chunk of users and create badwill. We just ignore them now, and carry on regardless. We don’t even bother blocking URL’s now.

Annoyingly I reckon since the advent of FB, we took a 75% hit on user activity. Quite something for an uncatergorized, unorganized almost unsearchable resource!

Rise above, take the compliment that they’re imitating you & keep up the good work

@m0rk thanks for the insight. Cheers