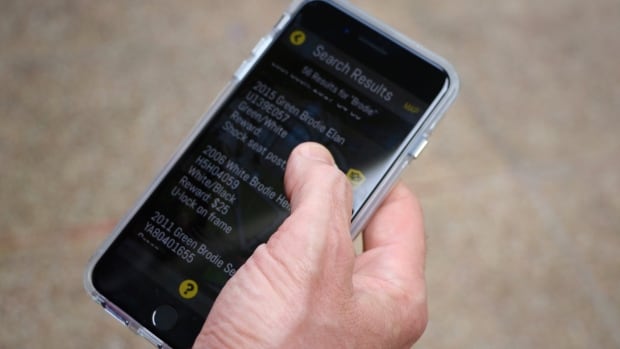 Bike thefts have dropped by 30 per cent in Vancouver since the city, police, and cyclists there adopted a new registration and reporting app two years ago — and now there's talk of bringing the tool to Toronto.

Even though it’s not officially in Nova Scotia yet, you can still use the 529 Garage service to register your bike (and report stolen or recovered bikes).

My bikes are registered through their app.

Help protect your bike and your community: Register your bike in the 529 Garage, and do your part to respond to stolen bike alerts in your neighborhood.

My neighbour was broken into yesterday and lost a few electronic devices, a couple of televisions, a little cash, some jewelry and a bike. It was a Canadian Tire bike that he paid $400 for. The police knocked on my door at 8pm last night and asked if I saw anything suspicious and told me about the stolen items including the bike. I took him out to my garage and showed him my Trek and Kona. (he loved the Fat Bike, btw) He told me a few stories that mostly ended with owners never seeing them again. Thieves don’t know a high end bike from their assholes. They just see something they can sell for $50 quickly. After he left I locked them both to a post and hid the key. Probably enough to deter someone who wanted to grab and go.

Just a story for me to tell. I am not dissing these apps in any way. I never leave my bike on the rack on my vehicle to run into a store or anything. That kind of stupidity is just asking for trouble. I also would never lock it too a lamp post and walk away for an extended period of time. That’s just me… I realize that those who use a bike for transportation have no other alternative but to lock them up and go. I don’t even like to clean them in the driveway so that every lowlife driving by knows what is inside my garage. I would go out of my mind if someone stole one of my bikes

I had a bike stolen out of the back of my car in the driveway one night. The car had an alarm, but the alarm only sounded if the door was opened. The thief broke the rear window and pulled the bike through without opening a door. If I leave a bike in the car for any length of time now, I run a cable lock to one of the interior securing points in my hatch. Still not a guarantee, but to steal the bike, a thief would have to crawl inside and cut the lock. Not so easy a smash and grab.

One thing I do which will likely never help, but… I put my name and contact info on a sheet of paper, remove a grip, and roll the paper up, and hide it in the handlebar. Should there ever be a dispute whether a bike belongs to me or not, the proof will be inside the bar.

I’ll also want to register my bikes through the Garage 529 app.

They make small, affordable gps trackers for items as trivial as a goddamn tv remote or what have you… Surely they could be adapted and mounted to a bike?

There’s a US$150 per year service plan required for that. Years ago I had one of the original Spot devices, but I got sick of the hefty service plan cost.