I use Crank Brothers pedals and cleats.

There are some pro’s such as easy to clip in, a nice float feel and good snow / mud clearing.

However they have two drawbacks:

Anyone else use these and care to share how you deal with these issues?

They for sure do where out alot quicker then any other cleat I have used.

I check my shoes frequently, and use a dental pick to get any debris out of the allen bolts to mitigate the issues you describe.

I also spray my cleats, pedals with Muc Off mo94 frequently as well to prevent corrosion.

The cleats wearing out is by design, the logic being that the clearly is easily and cheaply replaced instead of the more expensive pedal. But they can wear out quickly, yes.

My solution was to switch to flats.

I still ride Crank Brothers on my road bike, but that gets far less use and thus far less wear.

I get that they wear out by design.

What I’m wondering is more of if others get more mileage or are able to prevent from having to resort to the drill.

I did have trouble removing some, but I don’t think I ever needed to drill them out. As noted above by Nowlan, cleaning the gunk out of the head usually did the trick.

I usually use antiseize on my shimano cleat bolts.

It’s been a long time since I’ve used Crank Brothers pedals. I ran the original Crank Mallets for a while. I did like the float and how they stayed clear of mud, and I liked having a platform in case I didn’t want to clip in. There were a lot more sketchy wooden structures around at the time, and it was nice to be able to get a foot down quickly.

It took me a while to understand that the cleats wear out quickly. They would get really dangerous - my feet would unclip at the wrong time. Then I understood the need to replace them at regular intervals. What did in the Mallets for me is that the clamp on the pedal would seize so that they wouldn’t clip in properly. It seems like the clamps would wear the pedal, slide out of position and then friction would prevent them from opening properly. I went through two sets of Mallets, and then gave up. I’ve been on Shimano ever since.

I usually jam Vaseline in the shoe holes before even putting cleats in. The granite beats them up pretty good, I usually change my cleats once a year.

I also think that our terrain, specifically Fight Trail is super hard on shoes/cleats when you are walking/hiking certain sections.

True story. I’ve managed to tear two lugs off one of my my MTB shoes so far this year. I gave up on CrankBros pedals after bending the spindles on three different pairs, so it’s all SPD all the time now. 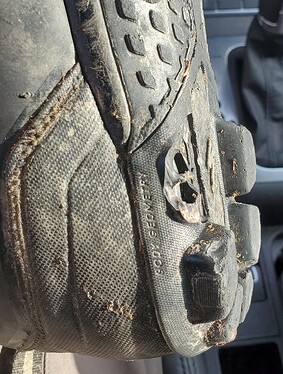 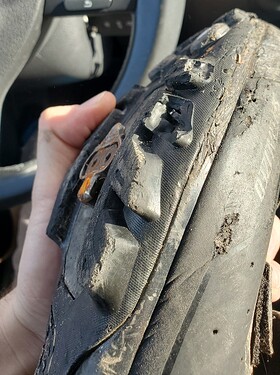 Bent the first two pairs riding a fixed gear around Montreal and Calgary, and the last pair riding trails on PEI.

As far as the shoe lugs go, that can be blamed on the granite at McIntosh Run.

I ran Crank Brothers pedals for a season a number of years back after decades of SPDs and hated them. I strongly dislike float, and keep my Shimano pedals locked down pretty right.

That said, this year, I decided to switch to flats and have been absolutely loving it. So much more versatile, easy to move your foot around, a more stable platform and centred position on the bike. Plus, when you do have to walk around on granite, the grippy soles of my flat pedal shoes make it way easier to walk up granite faces. I also find that it makes the bike a lot more playful and has me enjoying popping off of way more trail features and having more fun.

Anyway, if you’re thinking of trying flats, give it a go. It’s well worth it.

Any experiences of feeling dislodged from pedals due to old bad habits?

A few issues. Usually the foot slipping off the front of the pedals when climbing steep technical stuff when I’m tired, but it hasn’t happened as much now that I’m used to them.

I guess that doesn’t really answer your question–they really don’t feel disconnected to me. Overall, the connection is as good with good shoes.

That’s the thing holding me back.

Although, last summer I was able to ride all of Fitz out to 6 mile brook and back with sneakers on on my Mallets…

I have these - love em - they have every PRO listed above, the con = price 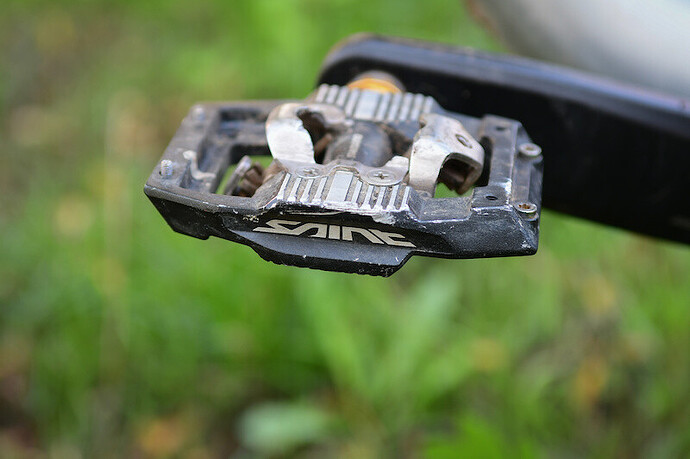 I’ve been a shimano guy for decades so whenever the latest pedal comes along I give it a look to see whats new. The original egg beaters were a good design but the brass cleats was a WTF moment. Hey, lets use the next softest alloy known to man, ha ha. (unrelated: Glengarry Glen Ross - The Ultimate Abuse Mix - YouTube) When cranks bros went past one sku and I was sending back pedals that came off their spindles on a weekly basis I was happy to have stuck with shimano(yes, shimano also have their issues).

I’ve been riding spd’s since at least the early 90’s never had an issue with a cleat once. 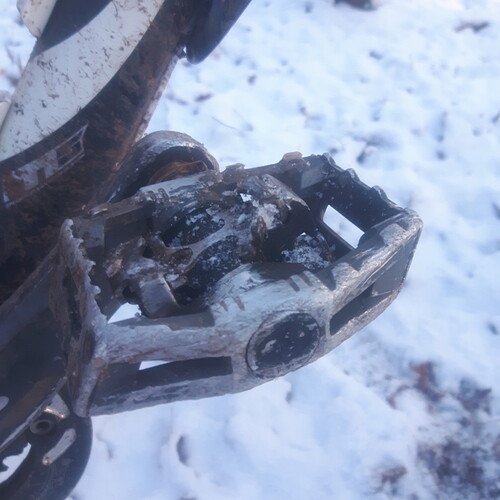 These are probably close to twenty years old. I normally have a set of 30 year old spuds on this bike but I put these on because enduro.

Lolz, I have pedals older than a few of people on here… Oy vey.