Tuesday looks messy so we are doing this weeks ride on Monday to catch the hero dirt.

If you plan to attend, please indicate that you are going above and ensure your profile has the Member Name and Emergency Contact fields filled in.

It is every rider’s responsibility to know their own abilities, make smart decisions and ride safely. As a community ride we will ensure you are not left behind and as a group we know we are safer when we have others with us.

Please pay attention to the trail difficulty posted above.

Going to be a good one if last night is any indication. Frozen solid, super fast and flowy without mud holes to slow things down.

Anything in the area for a post ride brew?

Was in there Saturday and was breaking through. Still the best ride I had there all year. Will be much better today. Studs recommend on the bridges and roots more than ice. Likely not needed if taking your time.

Shooters is the closest thing I think.

Curly’s is close too.

On the way. Probably be five or 10 minutes late.

Sweet conditions. I regret wiping out half way.

Me too. I wiped out off a bridge on the second run back in. Fortunately no damage to the bike or me.

Spent the day getting a tour of medical system for a banged wrist.

I might be getting a cast for a fracture. Craptastic.

Id just splint and wrap. Unless bone is protruding there isnt much hospital can do for wrist

depending on how the pain is of course)

I might be getting a cast for a fracture. Craptastic.

Shoot! Didn’t realize you went down quite that hard… hope you heal up quick! 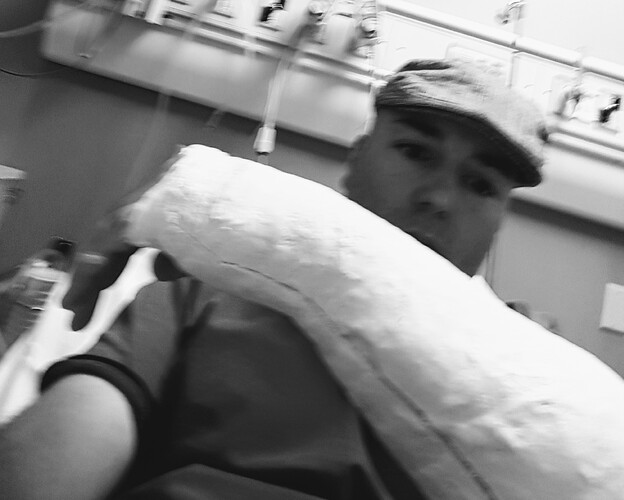 Pic from every ride. Nice.

I think the cast is big compared to the fracture.

That sucks, dude. For how long are you out of commission?