Rumour has it the quarry has ceased operations. Good news for trail access in the short term. Long term though that area is slated for a housing development.

That’s great! The housing is a bit unfortunate though. I thought it was in a protected area? 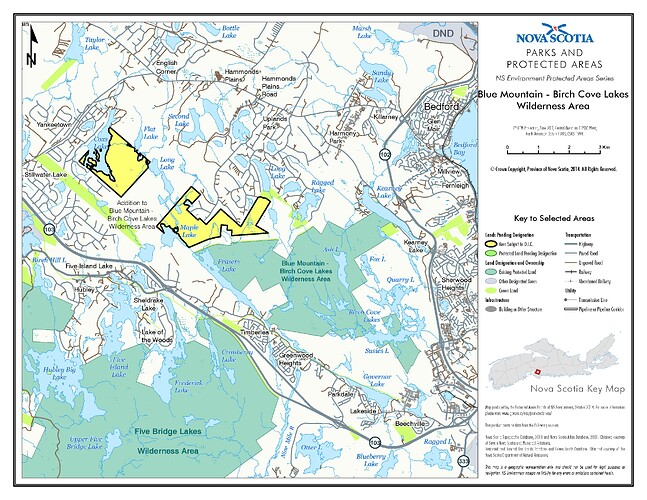 I don’t know these trails or the area very well. I wonder, if in the context of housing being built if they could keep easily accessible mountain bike trails in mind, and incorporate it into planning of the area? MWRA springs to mind as an example. Are there any preexisting interest groups to throw our support behind or collaborate with? Maybe the friends of blue mountain/birch cove lakes society ( I may have heard somewhere they’re not keen on mtb- but I could be making that up)

Let’s all sell our bikes (for what they’re actually worth, not what we told our wives/girlfriends/significant others) and pool the money together and buy the land.
Build a mtb compound neighbourhood, leave the trails and leave the pit for all you gravel riders to cover your trails with and smooth out those bumps

I think you are on to something. A old quarry truck would be the ultimate bike shuttle.

No the Quarry is not protected land. lol

Not sure if this is good or bad. The city was trying to buy up the land behind there, and the developer recently put up no tresspassing sings to dispute the cities attempt to buy land for a park. We had heard a few years ago that the quarry was going to close as it had run out of aggregate within it’s property or something like that.

I don’t give a crap what happens to the quarry property, but I sure hope they don’t start to develop the lands in the back along the lake.

Whats the source for this info? Do the Friends of BMBCL know? They are the only organized group fighting for the adjacent areas.

Not the quarry itself

but the end loop at evil connects up with the other trails so I thought maybe a section of it was in the protected area.

Would be really unfortunate if they did start developing😬. I live close by and those trails are nice an quite and good to hike and walk on. Urbanizing the area wouldn’t help them feel remote lol.

For sure. Friends of BMBCL’s are on it. Help support them! https://www.bluemountainfriends.ca/

I went to some trails meetings in 2015 when they were developing a plan for the land behind Maskwa. I was basically chased out with pitch forks for mentioning building MTB trails in the area. Hopefully that attitude has changed.

My understanding is that because it’s a protected wilderness area, the province would need to grant an exception to allow MTBs in there. But seeking that exception is not part of Friends of BMBCL’s mandate.

I think we can all agree though, a protected wilderness area that doesn’t allow MTBs is still a helluva lot better than a big box parking lot.

Add some weight to their membership numbers by signing up here.

I just signed up even though I would be run out of town if I went to a meeting.

I did however, find this part interesting

For many reasons, that plan, which was conditionally approved by NS Environment, remains on hold and, as of February, 2019 there is no trails group ready to revise the plan and take it to the next level

Perhaps we could step up and revise/design and build the trail system. That would secure our place there

Back before I had a family and I was splitting my volunteer time between MRWA and BNS, Lawrence and I met directly with The Department of the Environment (DOE). We were encouraged to develop proposals to build and maintain multi-use singletrack trail systems in Wilderness Areas. They even provided a framework with different procedures for different trail situations. The expressed specific interest in BMBCL. Written ministerial permission is required for each specific system but that can be achieved as was shown in Five Bridges Wilderness Area. At that time we had a lack of volunteer resources to take on another project.

Also, the quarry is still operating for approximately another year to process materials for the owner but they are no longer selling anything.

I don’t believe mountain bikes need to be in every space in the woods. I’m ok with not having MTBs in wilderness areas. Most officially designated wilderness areas in NS do not allow ANY trail development. This urban wilderness needs to be treated differently due to its close proximity to so many people who like being in the woods. This is how it got the unofficial and disastrous trail system that is there now.

Want to make a change, then join up to the Friends of group as @Rolls said. Make it known. I remember the folks at the HNWTA were wondering where the mountain bikers were. They wanted to hear from them. I realize the Friends of BMBCL folks are not the same. Make your voice heard.