Looking for input on fatbikes. Not looking to break the bank as I probably wont use it a ton.
Just wondering what a half decent fatbike goes for?

IMO @ at a shop expect to pay $1100-1600 for a decent rig with quality wheels and parts.
One thing to consider- the technology doesnt change dramatically on fatbikes like it does, say, duallies. It’s conceiveable that you could keep a fatbike 5+ yrs without it being wildly outdated. With that in mind it might be worth investing a biy more initially since you can amortize that usagr over many yrs.
Part wise, don’t overlook tires, rims and rr hub on a fatty. Tires, footprint and a hub that can handle the torque are key esp since rubber for a fatbike is significant $$.
Cheers and good luck.

The other thing to remember is that fat bikes have lesser components than an equivalent hardtail. Where you might get hydraulic brakes on a ‘normal’ bike, a fatty for the same price may have cable actuated brakes. If this is important to you, you’ll want to spend a little more.

If you want to get studded tires, prepare to spend an additional $4-500, but you can get by on groomed or snowy trails without them. The Railyard in Truro is great for that.

Also selection is super limited right now. I called pretty much every store in Eastern Canada last month to find a medium under 2k. I found 1…and bought it. Same goes for studded tires, no one could get any. Had to order mine from Québec. Hopefully things have changed for you.

Yeh i havent really even started looking. Just browsing online a bit. I assumed it would be slim pickins.
2nd hand might be my only option if i want one for this winter

I was in CycleSmith yesterday and they had 3 lined up from approximately $1500-3500. Go have a look.

Thanks man ill have a look. $1500 is right around where i wanna be

I bought a new 2021 Kona WO for $1800 plus tax at Cyclesmith. It has a decent spec for that price, including a wide range drivetrain and hydraulic brakes. I did swap out the tires for studded Dillinger 5s though.

FYI just cause its thread related, there is some tires/studs/26 tubes and some cold gear at SW 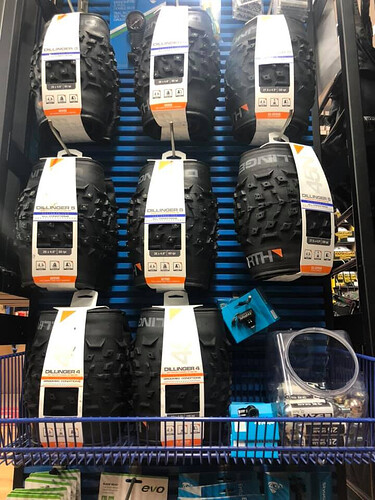 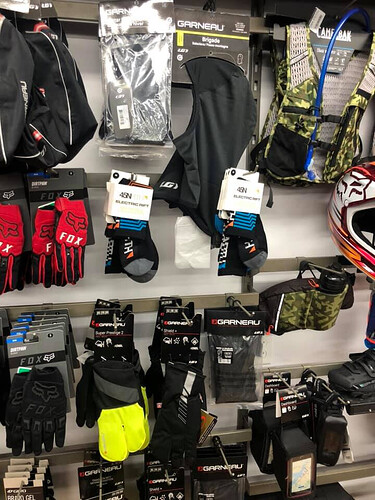 The rocky mountain blizzard 10 which I bought at cyclesmith was 1495 after tax… Its this years model. I believe the 21’ is 2 or 300 more they switched from maxxis tires to dillingers I believe… has cable disc brakes and 9 speed. Drive chain is shimano altus. The gears started slipping pretty bad a couple weeks ago which I’ve since fixed

The next one up there was a kona which was 1700 I believe . Theyve gotten more models in since I bought mine in October

Cold weather gear wise. Skull cap style toques are great under the helment. Mark’s work warehouse has two different weights of them … along with balaclavas.

Winners halifax shopping centre had kombu gore tex gloves for $40 which are normally close to $100 elsewhere. Canadian tire has lobster claw style gloves too which go on sale regularly, I’ wear em daily biking to work now that its colder

. The fox legion gloves are insulated but only good to about zero celcius

Anyone try out the Costco fat bike special (Northrock XC00) for $499? I feel the above sentence sums it up but part of me says maybe just maybe it is worth it for the price.

The tires on it would be completely useless in the snow, so those would need to be upgraded right out of the gate. That alone pushes it closer to a $1000 bike. Then there’s the 7 speed altus drivetrain and mechanical brakes

Reviews are not exactly glowing…

When people are first getting into riding a fat bike, they love exploring cheaper, entry-level models. It makes sense in a lot of ways to look at Costco as a

Yeh i was reading that as well. Need some legs with 7 speed lol. Doesnt sound like a single track bike

I personally haven’t, but from what I’ve heard it’s not a terrible bike. It’s obviously still a department store bike but if you’re only gonna be using occasionally then it might be worth. I’ve also heard okay things about the Mongoose Dolomite fattie, especially for the price. I bought a used schwinn fattie (7spd with cable disks) from a guy just to test the ride and while it isn’t all that nice it’s still a blast to ride on snow and trails. Only thing I changed was adding bigger brake levers and indexed shifter.

It was too small for me but just the right size for my wife, who now wants to keep it after I upgrade… She is also the one who says we have too many bikes

I’d like to know where one gets a fat bike these days. Can’t find an XL one anywhere.

There is an XL Giant Yukon on kijiji right now my dude.

If anyone has an XL for sale, let me know. I don’t even care what brand the headset is.