So it’s global Fat Bike Day December 5th. Who’s riding where? I’m working of course, but might try to sneak out after work.

I’m a little fat and ride a bike. Does that count?

We had Jason Mamosa show up to ours.

Wow, that’s awesome. Can he ride? Did everyone recognize him?

Yea he can ride. Not a heck of a lot of time in the saddle though. Some people knew who he was. I knew him as “the big guy I didn’t recognize” until I got home. He was just like one of the guys. Came back for pizza and beer afterwards.

He is wearing the brown coat. 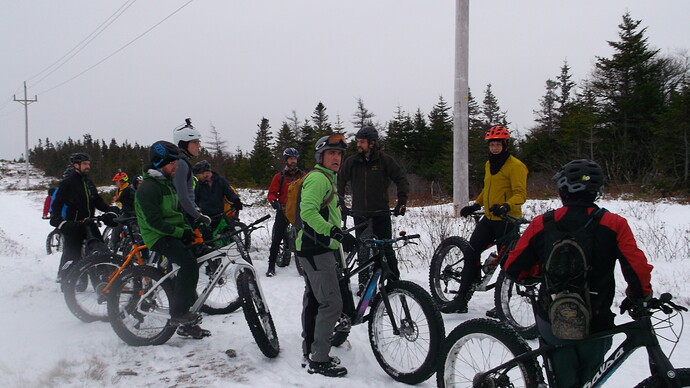