With the risk of having my throat jumped down, I’m wondering if anyone knows what our local bike advocacy groups have been up to?

Mountain Bike Halifax…zero public updates or communications since Aug 9, 2018
Bicycle Nova Scotia has a monthly newsletter which is better than nothing but no meeting minutes posted since Feb 2018.
Annapolis Valley Mountain Bike Association…website Sept 27, 2017
MRWA… are building fight trail.

No one is going to jump down your throat. It is a legitimate question.

I can only speak on AVMBA:

We have been updating facebook instead of the site due to time constraints. Last year we procured a grant for 13,000 for the woodville trails, and other small grants for Anima Mundi and other trails. We have put to tender and hired Trailflow to do the work. Currently, several trails have been upgraded/repaired including Bee link, and the bridges have been replaced. There is a flow trail now being built in Woodville.

Anima Mundi received a lot of love last year with the completion of one trail and the octobridge. Other bridges have been replaced as well.

We have hosted the corn maze ride this past Tuesday at Noggins as well as in past years.

Most importantly we have MOUs for the Woodville area and Anima Mundi so that we can continue to ride on those trails.

We also work with Trips for Kids to supply bikes for various programs that happen in the valley. We sometimes rent the bikes out and other times we loan them out.

This summer we also worked with two different counties to repair used kids bikes so that they may be given to kids in need.

That’s all I can think of at the moment.

It is difficult to update a site on a regular basis within a volunteer organization. Especially as most of the volunteers are the same people who are working in other positions within the industry. If there is anyone who would like to volunteer to assist with site updates etc, we at AVMBA would like to hear from you.

Mountain bike Halifax, has had 2 meetings since Aug 9th.

I will make the suggestion that we are overdue for an update.

Personally, I have working on issues related to membership processes. (Giving members numbers and cleaning up the membership list.)

Also, there is activity related with Long Lake Park. It is still percolating though.

The group is organizing the bridge project in MRWA trails on west pine. This is not the bridge @adventurer is building but the bridge that needs to be engineered and will cross McIntosh Run itself.

The activity here, I assume is to find out what materials are needed, organize procurement and delivery to the site. Also, they are looking into who will build the structure. (Note, this is my interpretation, I am not privy to the details on this.)

It’s a fair question. MRWA isn’t a bike-advocacy organization, but there certainly is overlap with that.

Here are some of the advocacy related activities in the past few months, that have been carried on in addition to the rock-bar-in-the-ground fun parts:

The above two items are significant because they will benefit any trail group that now, or in the future, seeks to build singletrack in HRM.

Besides the above, MRWA has:

Regarding the Run Bridge that JeffV mentioned: MBH and MRWA are working together on this. MBH raised funds from Councillors, and is arranging material delivery. At this time, it seems that the MRWA trail crew (Roland and I and the rest of the crew as needed) will be building the bridge, but you never know since the schedule is changing. Both the Run Bridge and Porcupine Bridge are engineered structures, in that they both cross designated watercourses, are built to the loading requirements established by DNR, and require a PEng stamp.

There have been great partners supporting bridge construction, from a group of 13-15y kids from the SeaSchool hauling an impressive number of 2x8x10 hemlock boards to Porcupine, to Hilti offering to shape and drill granite anchors at the Run. Pretty amazing!

Thanks for all the updates!

Sounds like there’s lot of activity! Great updates, I guess the only way to truly stay informed is to be active in the groups.

I also agree - it’s a fair question and an update from Mountain Bike Halifax is overdue.

We have been making steady progress since our inception in March and have been growing by way of both membership (we now have close to 100 members) as well as projects.

From our inception, a key goal has been to raise funds to support current trail development efforts with the long-term goal of developing and raising funds for our own trail projects. What this means is that our goal this year has been to support the efforts of the McIntosh Run Watershed Association.

To do this, we have raised nearly $26,000 in cash contributions from the following sources:

We would also like to acknowledge and thank the following who have supported us in the form of in-kind contributions with organization administration, web and brand development and print production: Kula Partners, Dose.Media and BroMoc Printing.

In addition to funding, Mountain Bike Halifax has gained support from Vision Air Helicopter Services to transport build materials to remote areas of the McIntosh Run single track trail system for the construction of the bridge across the McIntosh Run.

Aside from our initial goal of supporting the McIntosh Run Watershed Association, Mountain Bike Halifax has been working on a number of other longer-term initiatives to support mountain biking in HRM:

I would like to note that we are especially excited about the enthusiasm for mountain bike trail development we have encountered from the individuals, organizations and government departments with whom we’ve met in the last 8 months. Thanks to the efforts of groups like MRWA, Positive Action for Keppoch and the AVMBA, there finally appears to be a growing recognition of the potential benefits that trail development and promotion of the sport can have for our communities. This is a very exciting time for mountain biking in these parts and a big thank you to all those who have contributed to making it happen and moving it forward.

Thanks for the updates everyone, here’s a motivational video from Arkansas.

I see lots of similarities between Bentonville/Fayetteville and Halifax/Datmouth. Check it out on the map: https://www.trailforks.com/region/fayetteville/?lat=36.291276&lon=-94.230981&z=10&m=trailforks 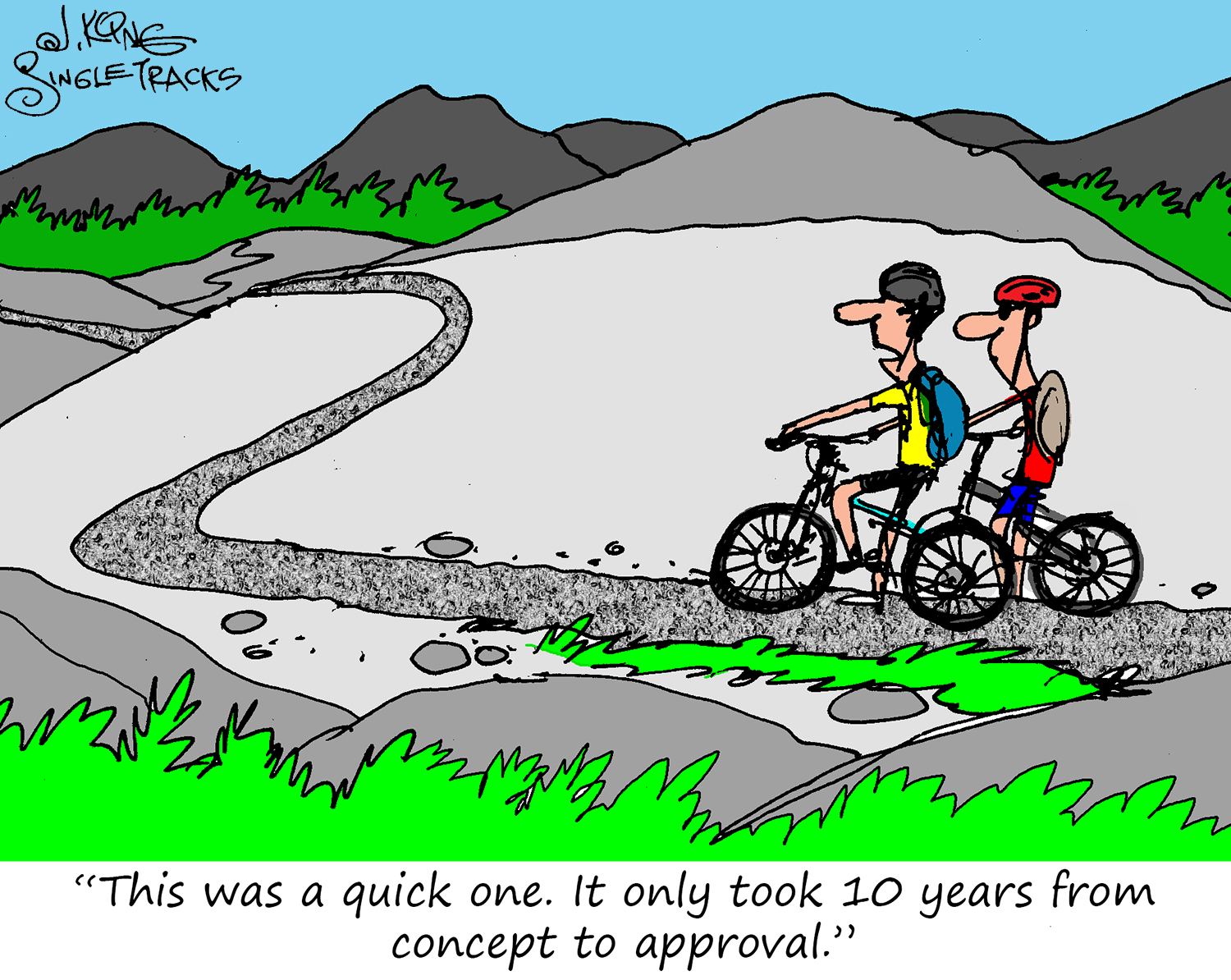 The best time to plan a mountain bike trail was 10 years ago. The second best time is now.