Just discovered that there’s an active Nova Scotia frame builder. All steel. Mostly focused on road bikes. He’s a former owner of Cyclesmith… I was wondering what he was up to these days. All the best to Tamarack Cycles!
http://tamarackcycles.ca/
His lugs (I think that’s the correct term for the joints between frame tube members) are pretty fancy. Here’s a gallery of his work:
http://tamarackcycles.ca/frames/

Nice to hear about other local builders as well, so I changed the title of the thread.

I guess the Tamarack brand has been around for years. Where have I been?

There’s also Fluent, in the Valley. Guy I know has one of their frames and it’s gorgeous.

These are the only two I know about, both seem awesome. Fluent is on my list for a dream build someday.

I think @tossedsalad has or had one my Mark’s bikes. I always lusted after them, but never had a burning desire for that type of bike.

I got to see Mark’s workshop at one point and it was indeed super cool.

Altruiste Bikes in NB is building steel frames too, including MTBs. 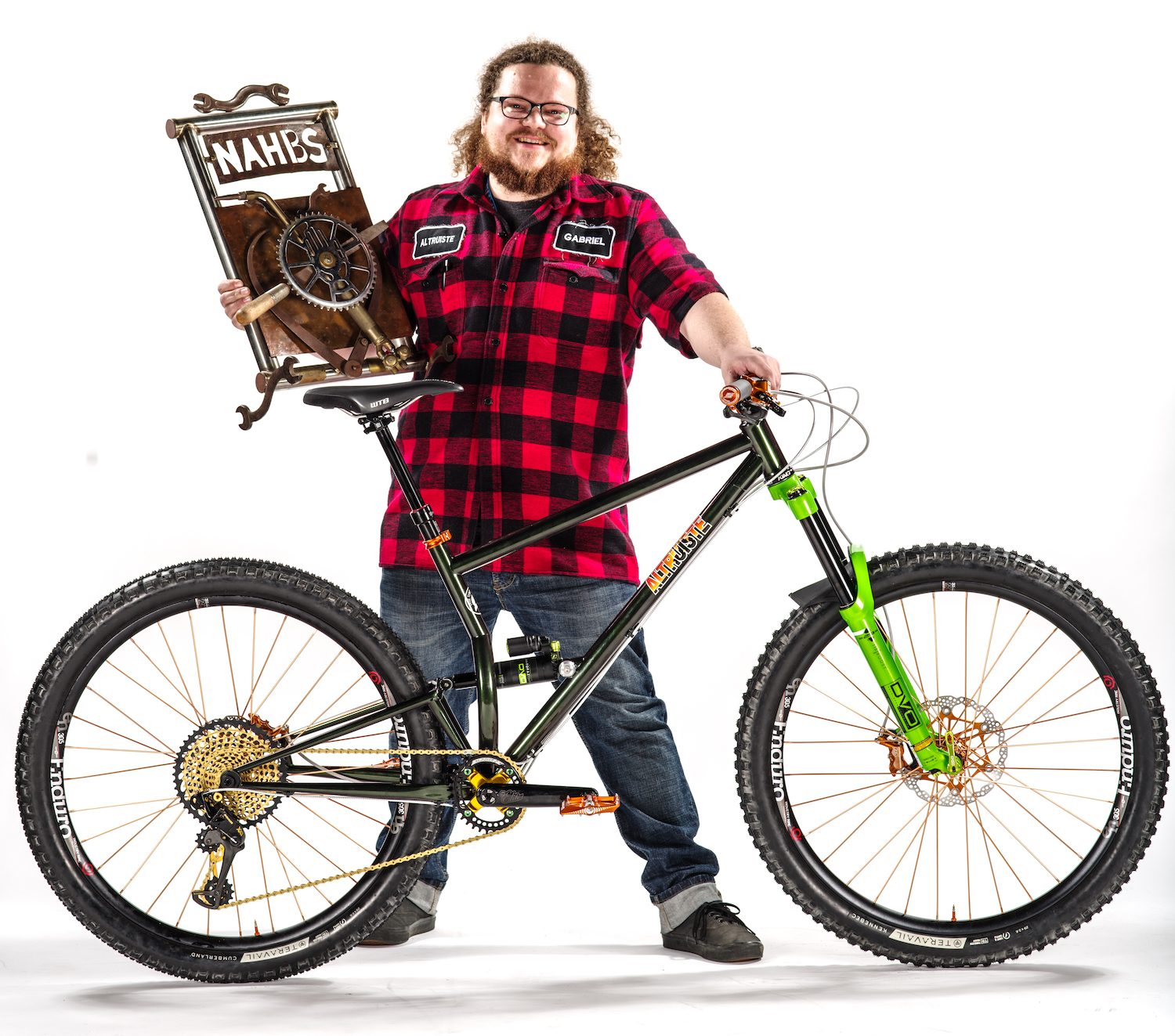 From NAHBS to now: Gabriel Lang looks back on a big year for Altruiste -...

Altruiste Bicycle Company Inc., Grande-Digue, New Brunswick. 2,505 likes · 8 talking about this · 13 were here. Builder of fine bicycle frames. We are proud to operate from the East coast, by the...

My Tamarack MTB is still on the go. Replaced the sid with a rigid fork w/disc tab so that it I could run a disc brake up front so that I could put an xtr front wheel on it. Ha ha. Doesn’t get much use beyond a trip to the beer store.

Had a road bike and sold it about 12 years ago. It came into the shop with a bent fork and crumpled top tube/down tube. (jra)

My MTB was made the first year Reynolds 853 became available. Pretty light bike for steel. Good ride, too.

At Pier 21 or in the basement?

Just the basement. I thought Andrew said there was a bigger operation elsewhere but it was still cool.

Years ago they were in one of the buildings by pier 21. Where Garrison is now. The smokestack for the ventilation ‘did not fit’ with the old timey heritage vibe they were attempting back then so he had to move. It looked the exact same, just everything was spread out more. And there was painting done onsite.

Weighed it yesterday for kicks. 22.7 lbs but that’s with a rigid steel fork so probably a bit more with a sid. Or maybe it would cancel out with the loss of discs via vees.

Tamarack is still alive and kicking and building custom bikes.

Here’s mine, built in '95 using Reynolds 853. I had him weld in S+S stainless couplings back in 01 so I can quickly dissemble and pack in a suitcase sized carrier for easy (and cheap) air travel. 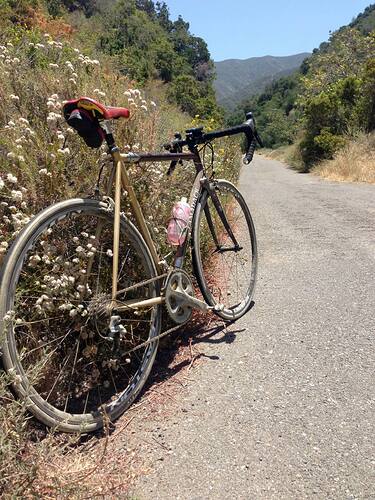 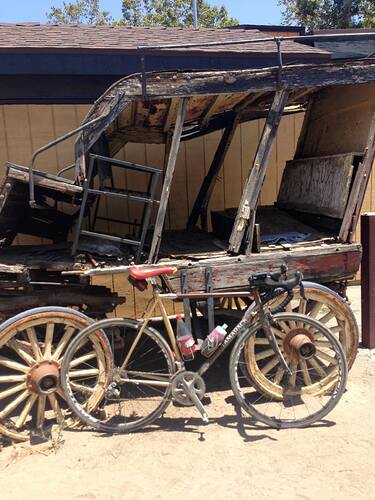 Brutha, if that bike could talk! No idea on the mileage it has on it but it’s seen some things!

All the bikes I’ve owned and this is one of one two that I’ve never parted with (the other being a titanium '98 Kona King Kahuna.) 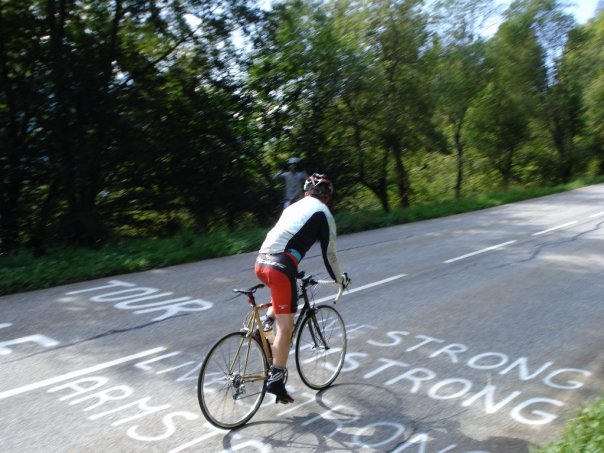 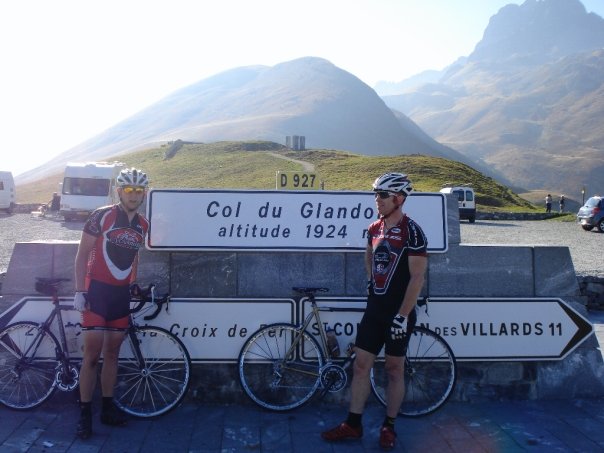 Had the cranks painted to match when I had it powder coated by Precision Powder Coating in Darmouth. RIP. 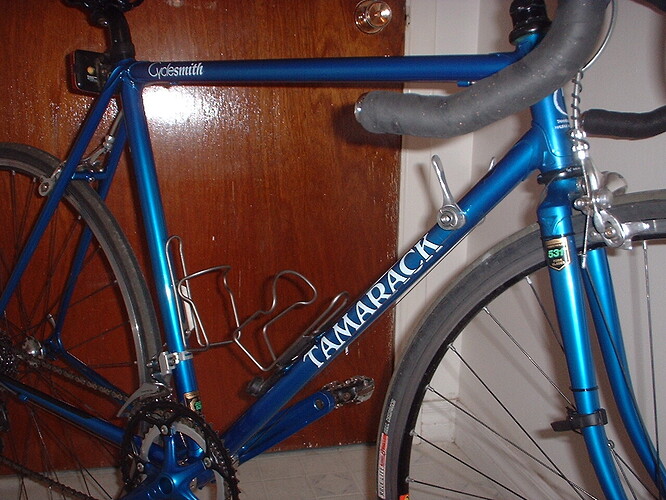