Hey gang, just got in from Spider Lake, and we were met by a guy and gal who were looking for a relative who was riding Spider for the first time, and hadn’t come home yet. Thankfully he let them know where he was headed, but they couldn’t find the place at first. Anyways, his car was still there, but no sign of him. He left a printed copy of the Spider Lake trail map from here in his car. He was there around 1:00 PM, and still wasn’t seen at nightfall. We ran into the Cyclesmith crew, and they hadn’t seen him, even out on Skull Trail. There was a rider headed in for a night ride, and he got their cell number to call them if he bumped into him. Here’s a description of him:

This is not something it sounds like he would normally do, and they seemed pretty worried about him. If you are riding there tomorrow, keep and ear and eye out, maybe even call his name out at the end of Skull if you’re out that way. He goes by Marty. Not sure if he is wandering around the pipe line, atv trails or in the game sanctuary on the dirt roads, but be on the look out. RCMP were notified and arrived on site as we were leaving the couple there.

Oh, and if ya read this Marty, let us know you are all right!

Wow. This is terrible news. Shouldn’t we organize a riding party to get in there and look? We could cover that whole area pretty quickly with enough of us.

RCMP have released a picture of the guy and his bike:

SAR said they are open to riders helping with the search, but you MUST check in with SAR command before you head out.

I’d be there if I was a bit closer…

Does anyone have an update? Can’t find anything online newer than yesterday…

Continuing to pray for his safe return…

[quote=“BornAgainKen”]Does anyone have an update? Can’t find anything online newer than yesterday…

Continuing to pray for his safe return…[/quote]

Nothing as far as I’ve herd. I was in the woods on the bike this morning until early afternoon before they stopped letting bikes in (all bike trails have been covered over and over again). There is seemingly no trace of the guy, I don’t get it.

Best place for updates at the moment is here: facebook.com/groups/1224346 … ment_reply

I think I read some article that says there used to be a trail from spider lake all the way to lake major, but it became impassable because of fallen trees. Could it be the case that the missing person decided to reach lake major, but then got lost (either before or after he reached lake major)? That would explain why nobody saw him on the mountain bike trails there. Did anyone know if the rescue teams headed toward that direction on the past few days?

Rode Skull on Saturday morning. The search party really loosened up the trail. There is lots of loose rock debris hanging around so ride carefully. One of my buddies went over the handlebars trying to avoid a big overturned rock at the bottom of a roll.

On the one year anniversary, RCMP reminding you to report anything out of the ordinary at Spider Lake.

Do any of us really think he is there? Personally I can’t see it but I have been wrong before

I don’t see it either. With absolutely no evidence of his presence their by now.

I rode at Spider for the first time in a few weeks last night and saw this for the first time. Marty’s family certainly must think he is resting there. It is a nice tribute and I hope everyone has found some peace. 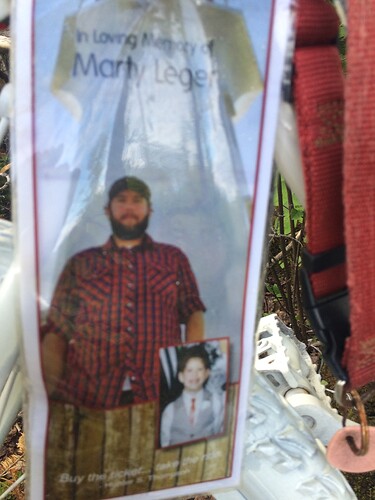 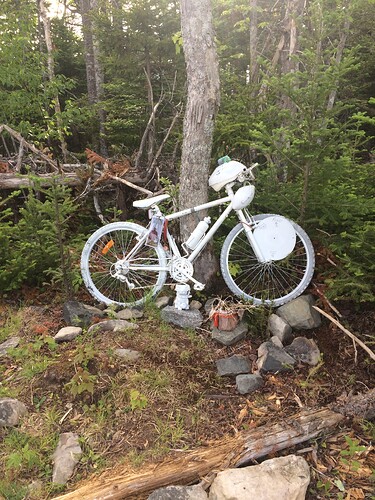 @muddy whereabouts is that?

@Rolls Shortly after the entrance to Replicator if you take the double track into Spider.