If you ride mountain bikes in Halifax, this is important, please join us in forming Mountain Bike Halifax: 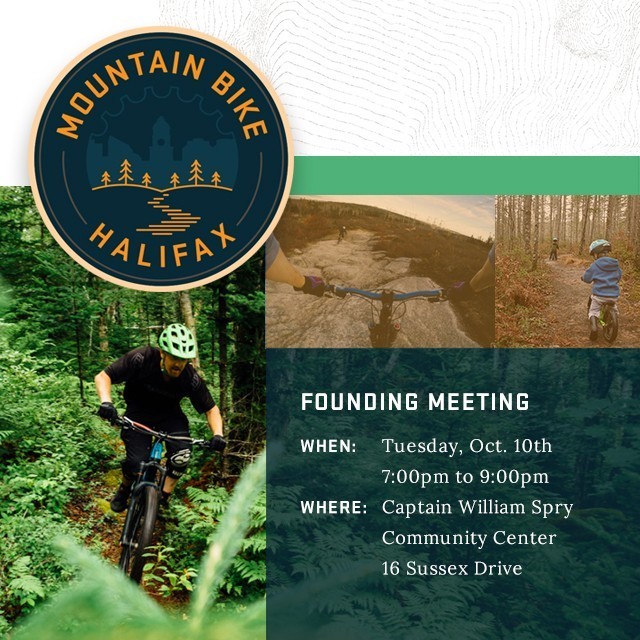 Surrounding the city of Halifax exists a rich and diverse riding experience just waiting to happen. Mountain Bike Halifax has been created to help realize that ride experience.

For all but the most recent of HRM’s history, mountain bike trails have been established and maintained by groups of passionate individuals dedicated to providing a unique outdoor experience for themselves and others. Currently, many of the ad hoc (or rogue) trails in HRM are in the best condition they have ever been. This tells us we have a population of passionate riders big enough to sustain a myriad of trails in an unorganized, informal and unfunded fashion. Imagine what this group could do if it was organized, formalized and had funding?

Aside from the underground efforts, look at the actions that have recently been happening in the public light. These include the opening of sections of the new McIntosh Run singletrack trail network and City Council’s passing of a motion to begin preliminary development of a regional mountain bike strategy. Mountain biking is gaining increased momentum in HRM and Mountain Bike Halifax aims to the keep the wheel turning - so to speak.

If all of this sounds engaging and you would like to be part of the process, please join us on October 10th for our founding meeting.

At the meeting, we will provide an overview of the philosophy of the association. We will outline the mission statement and objectives, elect a board of directors, and seek membership. There will be plenty of opportunity for question and answer.

We hope to see you there!

I’m in. Maybe a ride at fight before the meeting.

Hope to be there if my better half is in town to watch the kids.

Please spread the word. There’s a large contingent of MTBers out there who are not on this forum and may be interested.

What!?!.. impossible. We are the known universe!

We must reach the dark matter bikers and tell them the news!

Maybe someone is coming over from the darkside and give you a lift.

It would be good if they rotated the meetings around HRM. A number if spots were discussed, William Spry was chosen this time because of availability and price, I think.

Just curious but why is an other trail group being created instead of going thru the BNS trails sector?

@Gentile on FB “this is a grassroots association of riders who will work with BNS to advocate for trails in HRM. As Alan Avis said, similar to what exists in just about every other community with an MTB population. Many voices are better than one. Halifax is way behind compared to communities like the valley, Moncton, Fredericton, PEI, etc. We’re starting to catch up with the great work MRWA has been doing at Fight, so let’s help them out and then do the same in other areas our community.”

Narrower focus. This group is only concerned with Halifax and MTB. The plan is to work with BNS as much as possible. Also, becoming an affiliate group is being considered as well.

Same could be said for AVMBA, or any other association.

This sounds great, unfortunately I’m working out of town that day

Sounds like a great idea. Ordinarily it would be right around the corner from me but I’m a little out of town these days or I’d probably make it. Great to see some initiative on the mtb front.

The association site is up:
http://mountainbikehalifax.com/

All this is thanks to @timber’s amazing design skills.
(Still being fleshed out)

I love the logo.