New to ECMTB / trails around HRM!

Hey guys,
Signed up here mostly to find some more good local trails (aside from exploring/finding them on my own!), and of course forums are always a great place to get some connections and help out with questions/projects etc.

Living in Lawrencetown and found a pretty good (though roughhh) trail ride but love that it’s so nearby… Basically used google maps/satellite imagery to find what looked like they might be trails locally and just went from there:)
I did some searching online which led me to here, though I have to say it took awhile bouncing around mostly older sites with nothing much active in the past few years…
Anyway, thinking I’ll most likely check out Spider Lake’s trails soon, and or the Whopper (if it’s still around/any good?) but if anyone has some suggestions too I’m all ears.

I mostly like technical trails and single track, (enjoy the rock/root/stump hopping etc), and don’t mind pushing through the rough brush, and crave the downhill portions (as much as can be had out here anyway).

Anyway that’s about it for me just checking in. Might go for a quick ride now too…

Whopper is still there but I recommend going in with a guide through the clear cut. I know the trail system well and still get off track since the clearcut.

I haven’t been into Spider in a while but a good choice to check out.

Evil Birch is one I’m looking to scope out soon since I haven’t been in there for about 7 years or so. It is a bit of a hassle to get to the trail head. That is the main reason I haven’t been there lately. I always end up riding Whopper when in the area.

Fight trail is good if you’re feeling fit, like granite and climbing and technical stuff.

I’m sure others have some good spots to recommend.

I’d say your best bet it to hook up with the weekly rides, they go to the best spots around. There are lots of atv and logging roads in Lawrencetown but not a whole lot in the way of singletrack. You’ll find trails around Lawrencetown beach, Cole Harbour Heritage Park and maybe the boy Scout camp in Mineville, but I don’t know what access is like there.

There’s lots to explore in the area: The Old Lawrencetown Rd, atv trails between Ross Rd and Celtic Gardens subdivision and the Old Mineville Rd. but I wouldn’t expect to find any buff singletrack in there. Strava heat map is your friend there 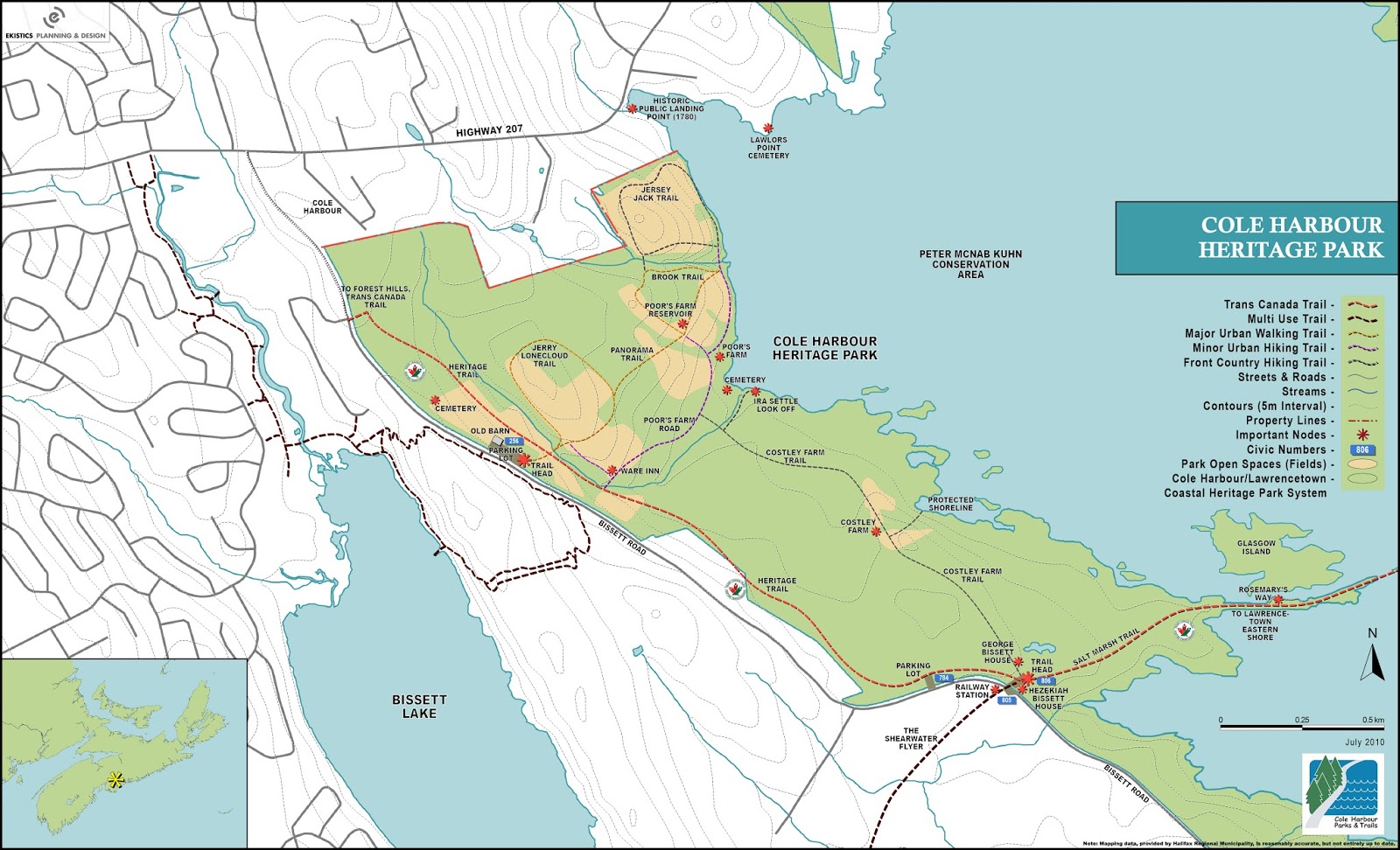 Ryan, I am riding Spider Lake at 6:15 tonight. Just me and a newbie. You are more than welcome to join us. I will gladly show you around the trail.

It is a technical xc ride. Lots of rocks and roots and a pretty good workout for riders of all skill levels

Like @bent6543 says, if you can make it out to the Tuesday group rides, you can get a good tour of many of the trails around HRM.

Not much trail that I can think of near Lawrencetown. I have explored the atv trails that @bent mentioned between Ross Rd. and Celtic Gardens, but it’s been a few years. There used to be a trail between Porter’s Lake and the airport, but I’ve never ridden it.

If you’re just looking to get out on the bike waiting for trails to dry out, you can get on the Salt Marsh Trail at Lawrencetown Beach that will take you into the Cole Harbour Heritage Park mapped above. It’s flat rail-to-trail, but is quite scenic.

Whopper and Spider are highly recommended. Cobequid Trails near the airport has got some interesting stuff. Nine Mile River is quite a fun flowy trail when dry; not super technical, but it is singletrack.

@Rockhopper the trail/s from Porters Lake to the Airport would be the Myra Road. I haven’t been there in very long time but I’m sure the atv crowd keeps it clear. Maybe even some hidden gems up in there.

Awesome, thanks for all the quick responses guys.
bent6543 coaster muddy Rockhopper

@muddy appreciate the invite, but won’t be able to make it for that one.
I’ve ridden through some atv trails around my area (some pretty grown over) and managed to find a few decent spots…
Definitely sounds like Whopper, Spider, and Flight are the main ones to check out first, but I’ll look up Evil Birch and between Porter’s Lake and the airport too.
@bent6543, I’ll definitely try to come out for a group ride if the work sched allows. Funny you mention the BoyScout camp, since that’s where I popped out after riding through some of the trails I mentioned. Basically ended up riding all through there another day too, (then looked it up after since I’m not sure if they mind people riding through the camp trails… I found the booking schedule for it online so at least know what days to avoid!)

That Strava Heat Map is pretty neat too… Wouldn’t expect it to have everything (I like finding some ‘unknown’ trails here and there anyway) but cool concept!

You can pretty much drive a car from Myra Rd to Miller Rd. (Behind the airport). Went thru last week on the dualsport and was bored to tears. Really disappointed. Took about 20 mins. There was a ton of traffic thru there lately. On a MTB it would be just a dirt road ride but with fewer cars.