Gotta start the year off right…I am heading into the city,

Fight? I haven’t ridden fight in forever. I am planning on being there early afternoon.

Would love to hit up Fight, unfortunately I’m out of town.

Dont know if i can make tomorrow, I think the weather is abit crappie. But I’m thinking of whopper on monday

im up tomorrow 2:30pm onwards for any ride to any trails in halifax.

I’m in for a ride! Anyone know what conditions are like at Fight? @brightwhite?

I am aiming to be in the city early afternoon. I have a few errands to do, but will be able to do a ride np.

The weather is looking wet, but if I have a plan. Fight/Whopper is first choice, but Shubie is always available.

Fight trail 2:30pm?rain or whatever the weather is im still gonna go for it.

I think I might pass on the wet ride, and instead get some work done on the house that I’ve been putting off. Sunny ride somewhere tomorrow, though!

I’m going to pass. Might head out for a hike somewhere instead.

Tomorrow I will be riding somewhere in the valley. I haven’t worked out the details yet.

Turned out to be sunny. I was on the area work related 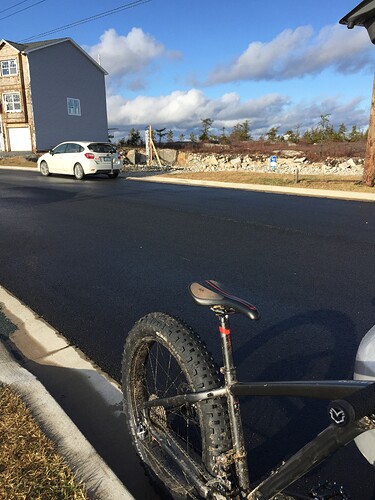 @JeffV and I are heading to Irishmans for a ride tomorrow if anyone wants to join us. Fatties and skinnies welcome. Studs may come in handy.