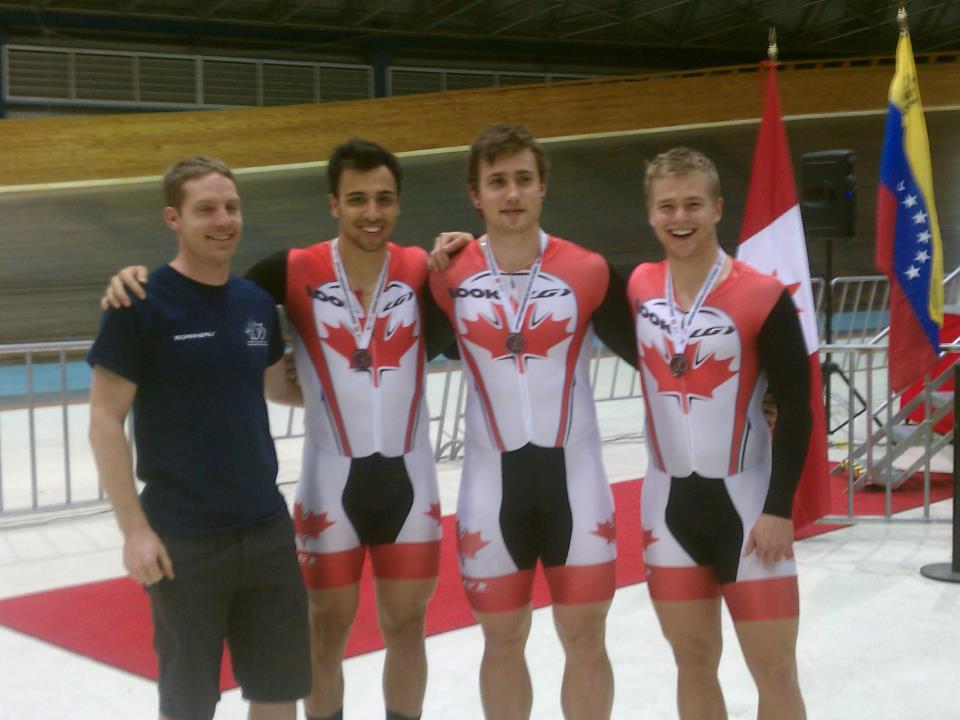 Hugo Barrette of Cap-Aux-Meules, QC, Stéphane Cossette of Chicoutimi, QC and Olympian Joseph Veloce of Fonthill, ON won Canada's first medal of the 2013 UCI Pan American Track Championships in Mexico City on Wednesday, taking the silver medal in the...

That looks awesome. It would be great to live somewhere near trails like that