What are everyone’s thoughts on this?
I may be biased as a mountain biker, put putting objects on the trail “to slow down” fast riders is never the answer. I hope she gets what is coming to her, old lady or not.

I hate hearing about his kind of shit, especially on trails maintained by a MTB association.

In any case, I like to imagine if the roles were reversed and a misguided MTB’er was deliberately blocking trails for hikers in a way that made said trails dangerous and likely to cause injuries. I would expect them to pay for their actions.

This is very much like our “tacky” friend who litters the Spider Lake trails with carpet tracks. I don’t have any sympathy for him or this woman.

She says she fears for her safety yet she is dealing with it by making other fear for theirs. I hope she is found guilty and receives a significant fine that ends up in the hands of the Trail association.

Some new “old” developments in this case. A letter discovered from 2005 where the husband admits to purposefully trying to destroy structures on bike trails. Sickening. 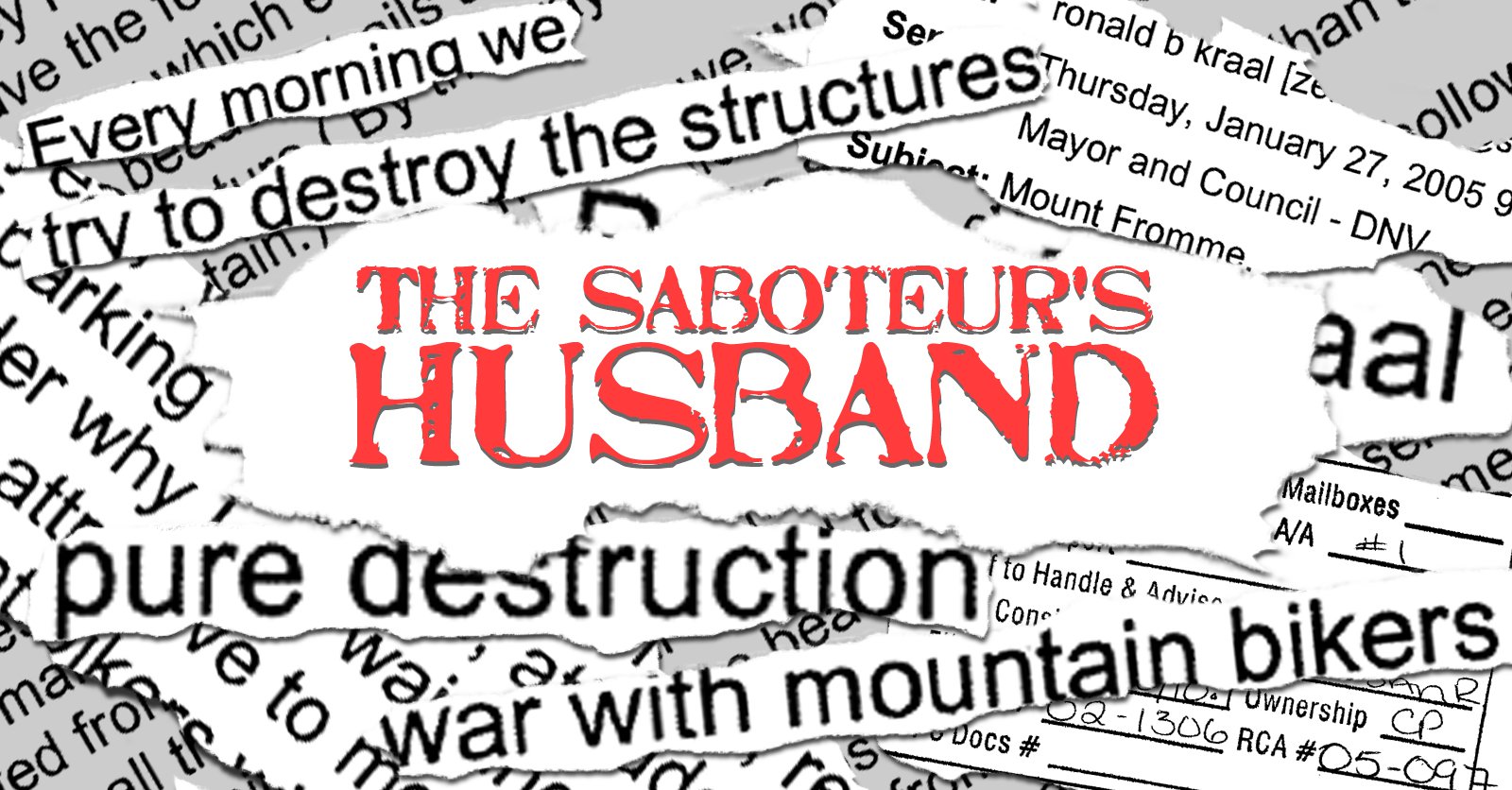 An email has been unearthed that suggests that Ronald Kraal, husband of the woman arrested, engaged in trail sabotage as well...

It’s shocking what someone’s false sense of entitlement and self righteousness can drive them to do.

The article states that she won’t be attending the court date, but instead will be sending her lawyer.
“She is too nervous to go to court.” Bullshit. Do the crime, do the time. The fact she is to embarrassed to show up at court should almost certainly prove her guilt.
Hopefully the judge sends the bailiff to drag her from her house and order her to appear.