I use to be on this site about 14 years ago when I was a kid lol. Just wondering if the old photo library is still around? Looking for old pics of people doing the point present park drop, killam library stairs. Etc

I believe there may be a copy of them somewhere. Maybe Jeffv can answer that?

Seem to recall @pmachan in another thread saying he had some older pics/vids on a hard drive or something.

I’ve got some old Hard Drives around but no way to look at them. They could be cooked but several would have the old photo gallery content, as well as a database dump I looked in to porting to another system at one point in time.

Do you guys know that the old site had 17 MILLION (non unique) hits in one month one summer? Those were fun times being involved.

I’d love to see all the old pictures. I remember my friends and I used to check out the original ECMTB all the time back in the day. We were pretty young at the time though and had crappy bikes. Never were able to convince our parents to take us over to Whopper haha. We had to mess around and build our own little trail/ladder birdges in a woods near our house.

That’s mind blowing, @nimzie. You must have been stoked.

Things are so fragmented and spread out these days.
Too many platforms (facebook, instagram, personal message threads, pinkbike…) it kinda sucks.

Of course, ours is the best,

Yeah stoked and bummed that we never managed to turn it into a legit business, even with all that traffic, eh @nimzie?

Lol same. I had a old ironhorse I use to ride and we had these shitty jumps we would do. Even tore up the area of the old Halifax west and made dirt jumps lol. Made a video of us doing stair sets around Halifax to flat pavement ground lmao. Missed those days

Your right. I live in Alberta now and thought they would of had their own ECMTB style site with biking being so massive out here, but surprisingly there isn’t at all. Although their are Facebook groups

Back when we started ecmtb, there was NSMB in BC, Pinkbike in Alberta, DropMachine in Quebec/Ontario and us in Atlantic Canada. At one point, there were discussions between the site owners about doing some stuff together, but it never really materialized.

When we tried to move ecmtb to CogEyed was when it all kinda fell apart.

I regret not quitting my job to run ecmtb full time. Ended up starting another business pretty shortly thereafter, and that’s worked out pretty well, so maybe we could have made a go of it. I dunno. It was fun while it lasted.

I sometimes wonder if pinkbike is stuck with a platform they cannot advance. They look frozen in time a bit.

When we tried to move ecmtb to CogEyed was when it all kinda fell apart.

It was totally fun while it lasted. Some amazing memories, and accomplishments. I mean in 2002 we hosted a full on Canada Cup here. There were 2 DH courses, a really cool DS course, XC - some of the best in the country according to former champ Alison Sydor, Jumps, Short BMX Style track, and a sick freeride course - so sick it got closed down after someone plummeted to the ground and broke their shoulder.
I’m told there were something around 10k people through Martock that weekend. That seems to be a lot. I liked the hot tubs, vendors and way ahead of its time festival atmosphere - not to mention insane amounts of people around participating in everything. It was awesome!!!

Could it have kept going? I dunno - maybe? It was all about the energy put in and the community. The people made it happen. I can’t remember how many users - something around 5500 when I did the last export? Some would be on all the time as it was uncommon for me to go to a rider friend’s house or business and see their browser flash up without ecmtb.com as the home page.

Now I am scratching my head to see who might have a working internet-capable old computer that can run IDE drives… I might try and dump all these drives I have on to a fingernail sized 64gb micro-sd. Yeah - that’s pretty fucked, too.

I have an ide reader I had to purchase to get data from on old drive. But I’m in the valley now. Can still get it to you if need be this weekend.

Might want to keep any older computers off the internet. I’ve heard of older un-patched Windows NT (or early XP) systems would get infected while installing Windows.

Firewalls are pretty good there days though too though so who knows.

Yeah, they seem to have managed to upgrade the article display quite nicely, but the homepage, Buy and Sell and gallery are pretty archaic. With the amount of content and users they have, migrating to a new platform could be something of a nightmare that could kill the entire site.

My agency upgrades and migrates a lot of client sites, but very few of them have the traffic or archive of content that PB has. Hell, few of them would match the traffic ecmtb.com had in its heyday.

If they keep waiting, someone will eat their lunch. I really like what they are trying to do with trailforks, just their UI sucks.

Oh really. I had no idea pinkbike was a Alberta group. I live in Edmonton now and I’m super suprised by all of the trails they have right in the city. Even some DH trails I’ve never seen in a urban area before. But I found Halifax had alot more challenging technical trails with ladders etc than Edmonton has

I’ve got an IDE external harddrive USB enclosure. It looks like I’m missing the power supply for it though. It’s one of those 12V and 5V four pin ones.

You’re welcome to borrow it if anyone has a power supply that would work with it. 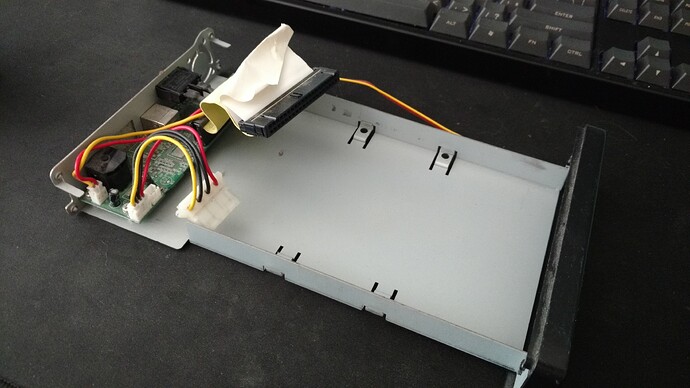 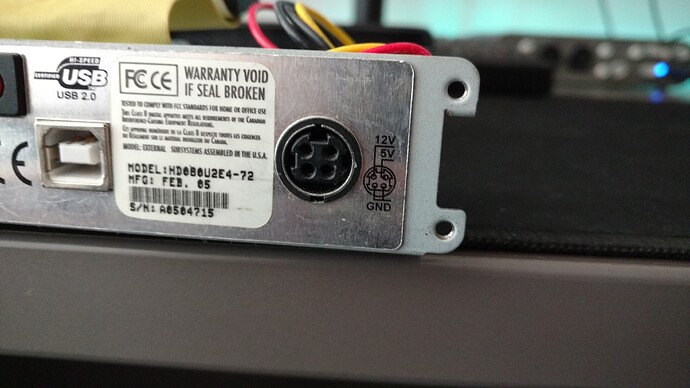