Recommendation on a lights to buy

Looking for recommendations on lights. Dont really wanna spend more than around $100. Been looking on CRC but i dont even know good brand names when its comes to bike lights.
Thanks in advance guys

What are your light requirements or usage plans?

I commute to and from work most mornings if the weathers decent and thats give or take 45 min each way
Also when i go for rides in the evenings at local spots spiderlake, fight trail im usually out for an hour or 2 after supper

Some of the more popular brands are Lezyne, Serfas, Light&Motion.

For trail rides you’ll want a light with at least several hundred lumens, which won’t be a problem for $100. On the trails it’s great to have two lights (one on helmet, one on bars) which helps with depth perception. Personally I think it’s better to run two 500 lumen lights than one 1000 lumen light.

Also you’ll need to decide if you want it to have a self contained battery or a separate wired battery pack. The latter is a bit cheaper but not as convenient.

I’ve got one of these Light&Motion.

And also just picked up this Lezyne which was on sale for $80 a couple weeks ago. Looks like it’s back up over $100 now.

Right on man. Thanks for the info. Im looking at couple sets that r front and back light on CRC that r lezyne.
1100 front and 180 back for right around $100.
Wish i could figure out why i cant upload pics on here id show u
Didnt think of a headlight as well thats a good idea

I run a single surface 900 lumen on my helmet and find it good.

I run Light and Motion lights. A Seca 1500, and still carry my old light, a 700-lumen ARC HID as a spare. All of mine are wired to separate batteries. Less weight on the head if you’re running a helmet light, but you need a pocket or backpack to run the wire to. Light and Motion make quality lights, but are a bit more expensive than some other brands. The wired lights are a bit more expensive than the battery-integrated lights in the Light and Motion lineup. The separate batteries do have an advantage that if you run out of battery power, you can carry a spare battery. Minimum 300 lumens for trail riding. For road, you can get away with less. It’s a good idea to have a backup light for trail riding. Nothing like being alone a few kilometers in the woods with a dead battery. My backup backup light is a Planet Bike Blaze 500-lumen integrated battery light. It’s plenty bright, but the beam pattern is not very uniform.

Light for Sale Buy and Sell

Both lights are still for sale.

I know a guy selling a light.

I have has this for 4 years now. It is nuts how bright it is on it’s highest setting. The brighter the light the further you can see down the trail. The second brightest setting is very good and all you need. If it is above zero you will get 3 hours burn time. If it is below -5 you would get 2 hours. In the snow you can turn it down to the low setting and have plenty of light 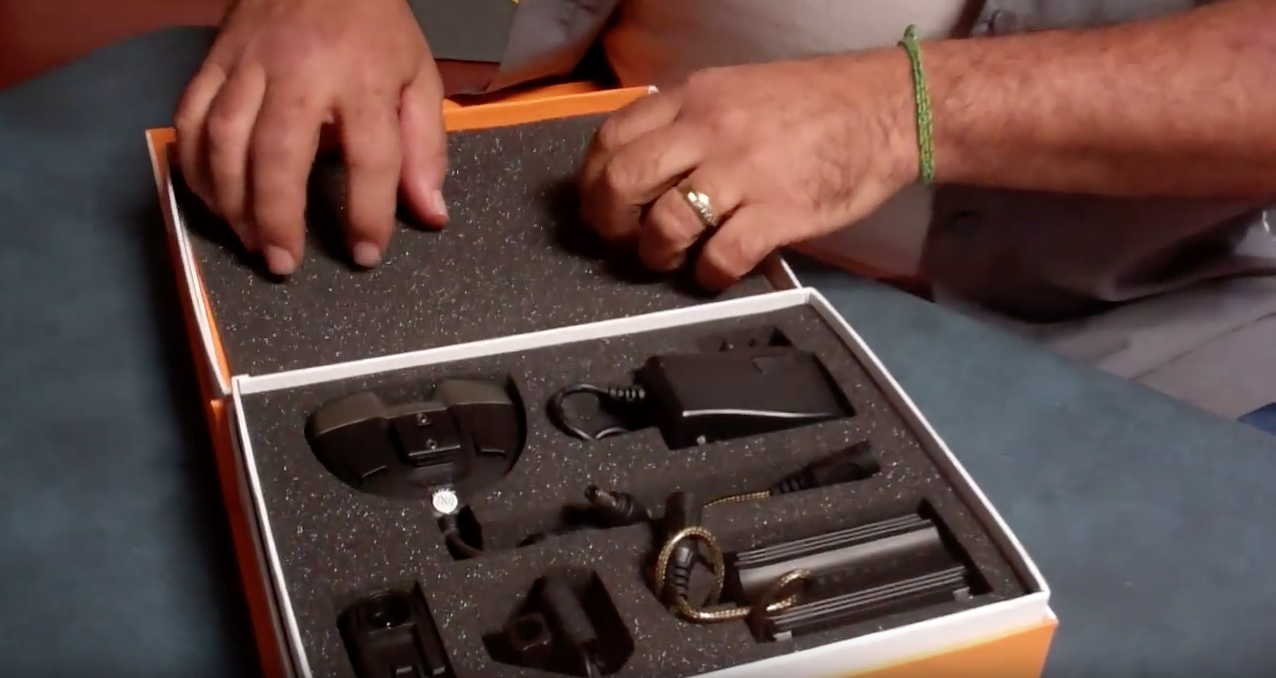 I bough it used form @a.mart so I have no idea how much it was. It has a battery with a cord but this is no trouble at all. It slips into an outer pocket on my backpack. I would recommend it as an excellent choice.

On a side note, I ride most weekdays at night. I’m in Dartmouth so Spider is my home trail. Let me know if you want a tag along some night

A great article on lights from Pinkbike. I found it interesting how they said to have your most powerful light on the bars to provide better contrast.
https://m.pinkbike.com/news/10-best-handlebar-mounted-bike-lights-ridden-rated.html

Last three and a half years I ran a TAZ 1200 on the bars and a cheap Chinese light with separate, wired battery on my helmet. The Taz has an incredible light pattern for trail riding and last at least 90 mins on the full bright setting. The cheap light has a poor light pattern but I like how you don’t even notice the weight on your helmet and that I can carry spare batteries.

Unfortunately the Taz recently stopped charging and the cost of a new battery is in line with a new light. Just bought an MEC 750 Lumen light , but haven’t used it on the trail yet…Looks good in the back yard and it’s probably just light enough to mount on my helmet.

If you are buying a light with a battery in it to mount on your helmet, make sure that it is nice and light weight.

Cons:
heavy for head mount
flaky connector for charging that sometimes does not work

Also should mention that now that I ride MRWA/Fight more, I’m considering a second light in case I have a failure at a very unfortunate time.

I’ve had plenty of lights out moments before with my previous setup but nothing catastrophic. Mostly due to crappy batteries or connectors in cheap no name light sets.

I’m considering a second light in case I have a failure at a very unfortunate time.

Highly recommend. I use the same light on my bar as I do on my helmet. If the helmet light fails, I can move the bar light up so that I have a safer exit strategy. I’ve ridden with just the bar light, and it can be very dodgy for step-ups, rollers, or anything else where the light get directed upwards and is no longer on the trail.

I’m currently using Lezyne 800XL lights. I have three of them, as it’s always nice to have a spare.

Here’s a great example of running bar-lights only at Spider Lake. There are plenty of times when the trail is fully dark and the riding gets sketchy.

Compare that to another Spider Lake ride with both bar-mount and helmet-mounted lights. If I could only mount one light, it would be a helmet mount.

Same strategy as @IanMHFX, running the same light on the bar as the helmet. If I crash or run into a low hanging branch and break a light or a mount, I can shuffle things around to make do.
Currently running this
https://www.cyclesmith.ca/product/bontrager-ion-pro-rt-front-bike-light-342182-1.htm
Had to buy the helmet mount separately.

Wow, 1300 lumens for 130 bucks is insane. Makes my original BLT look like a kerosene lamp.

I tuck a Black Diamond headlamp into my bag as well. You never know when you’ll need it, and if you have an extended mechanical you don’t need to burn battery on your main lights during the repair.

I’ve also read articles where they have preferred a bar mount for contrast. I wonder if they ride where the ground is a lighter color. The only time I had a problem with contrast was on the service road above the Gorge in really dry conditions. The reflection from the ground was so bright it was hard to distinguish ground features. Mostly we ride on moist dark ground and dark granite. 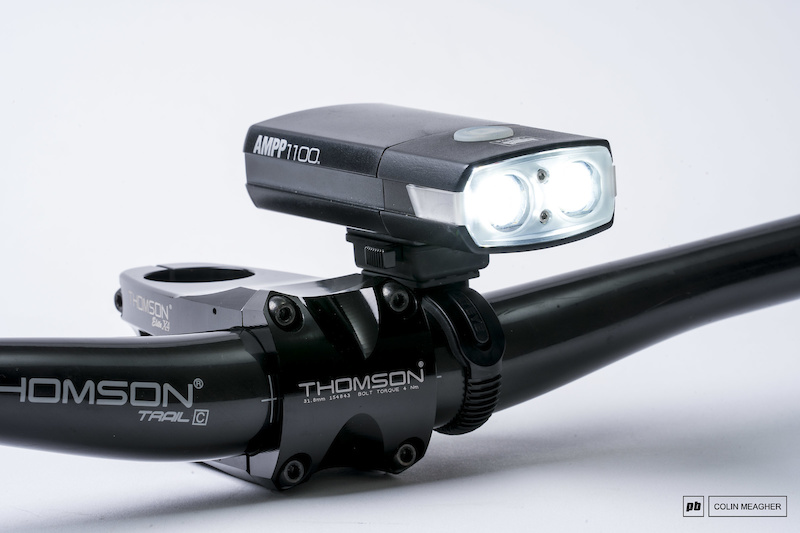 Daylight is dwindling. Here are ten ways to keep your game on without breaking the bank

They’re all intended as bar-mount. They recommend the brighter light on the bar for contrast, and and a less bright light on the helmet for corners. Most of these could probably be run on a helmet as well, but may be heavy.

Again, I wonder if their riding conditions are different from ours. Most people around here run a helmet light as their primary. I rarely use a bar mount and almost always go helmet only. Our riding conditions typically involve tight trails with lots of corners that a bar mount won’t see around. Again, I hardly ever have a problem with contrast - maybe in winter on snow.