I just noticed a few new segments in Trailforks further to the east of The Range, in Sandy Lake Park, including a black and a few blues. Anyone know if these are being used, and if so, what kind of trails are they?

Not familiar with those but there used to be some stuff between there and south of Jack Lake in that area. Been years since I’ve checked those out though.

I haven’t ridden in there this year, but did a couple times over the previous few years. They’re alright if you happen to be nearby, but not something I’d go too far out of my way to ride. Not overly difficult, but very rooty.

I’ve walked/hiked in there quite a few times, and often thought about going for a bike ride in there, but honestly it wouldn’t be that great. There are many other proper biking trails I would rather spend my time on, unless you just want to ride there so you can say you did.

I ride in there a lot as I live very close and can ride there in 5 minutes.
Its actually quite good once you figure out how it all flows.
I have a route that provides about 20k of single track once I link it with the range stuff, the dirt bikes have taken the sting of out a lot of the real rooty sections, and they have made some new trail lately that is actually quite good. The black labeled trail is not truly black, its rooty but not difficult.

Maybe time for a revisit after the many many years of type 2 fun we used to have back there in the Jacks Lake days. Used to be frequent racing there once upon a time too. I have no pics of the old single track back there. Just this from one of the early camera phones:

I might be interested in going for a ride with you some time as I live on Rocky Lake Dr and wouldn’t mind having some closer trails to enjoy. I’ve been in there twice before but never really understood the system and the best way to ride it.

Sure, I’ll likely go in some evening this week.

I was in there on Tuesday, really rooty and I couldn’t find any real flow to it, but hey, any day on the bike is better than a day inside !

Haven’t been in there in years. I should go take a look again. 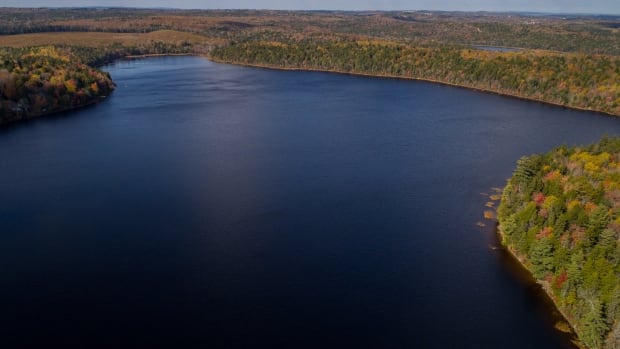 The Nova Scotia government announced the Sandy Lake-Sackville River area last month as one of nine locations where development will be accelerated. Conservationists have been fighting for years to protect the unspoiled land west of Halifax.

A reminder why sanctioned trails like MRWA are so important.

Think of the woes at Spider Lake, Whopper, Long Lake, …

I’ll check later to see if I have any race pics of you. I think I have some of the singletrack somewhere 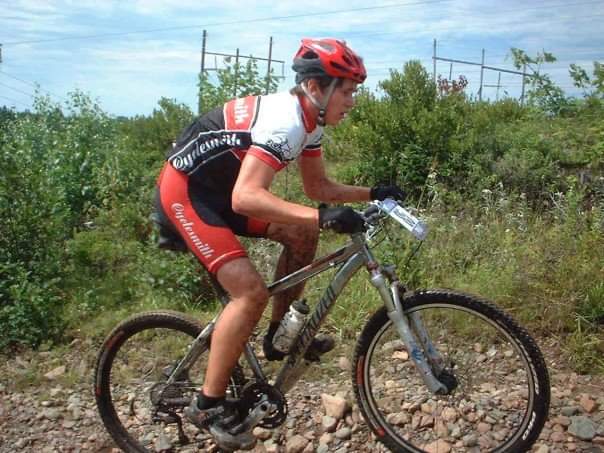 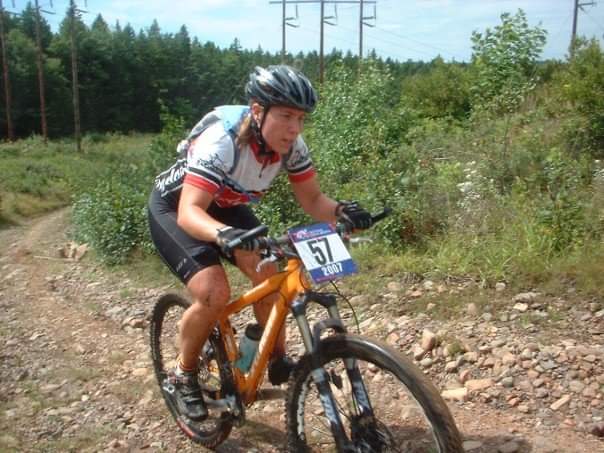 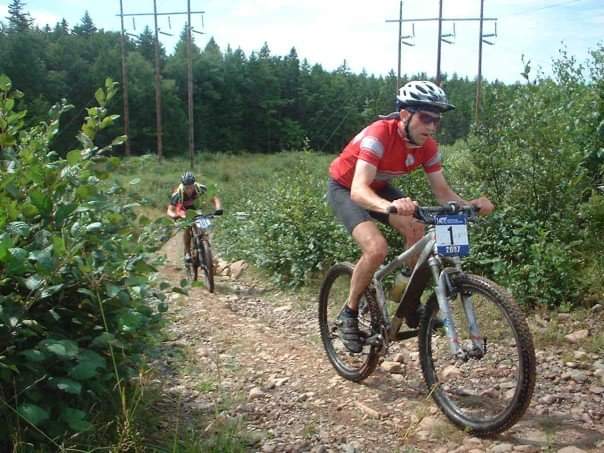 I still remember when i was just a wee fella walking through sandy lake with my father and seeing some of the ladder drops they used to have in there. I live close by and theres still a few remains of old ladders throughout there.

There were some gnarly rolls and drops that we used to hit in there. I’m sure it’s all rotted now. Most of it was barely safe 20 years ago.

Feedback against this ‘development’ can still be submitted here. Save Sandy Lake and Sackville River! | Ecology Action Centre

I think today is the last day.

I ride at Sandy a lot, as its close to my house, its a bit of a hidden gem in winter, as so many walkers are in there, it gets packed down really well. The old jacks loop is rideable, and there are many other rideable loops back there, plus the range side has the DH section which now has a few massive jumps and built features, some are new. They recently closed it off to motos and for the most part the large groups of them seem to be staying out, so its not getting destroyed like it was.
I wouldn’t say its worth a drive to ride there, but if you are in the area its not terrible.
The proposed development if for the other side of the lake, so the existing trails sound like they are safe, but I can’t even begin to think of how 6000 units will affect the already bonkers traffic shit show that is Hammonds Plains rd.

If the proposed development goes ahead, it’ll probably push the building of highway 113 to mitigate some of the traffic on Hammonds Plains Road.