Deore xt 12s shifter with a clamp mount, I assume I can buy a replacement cover for an ipec ev and swap it, but when looking at the exploded diagrams it looks like the bodies aRe different part numbers, which seems odd to me. Has anyone done this?

ShiftMounts are adapter mounts which allows you to integrate SRAM and Shimano shifters with several different brakes from Shimano, SRAM, and Magura. Handlebar space is prime real-estate and this ShiftMount integrates seamlessly for a...

I had to do this with my 12 XT shifter to attach it to an ispec B brake. 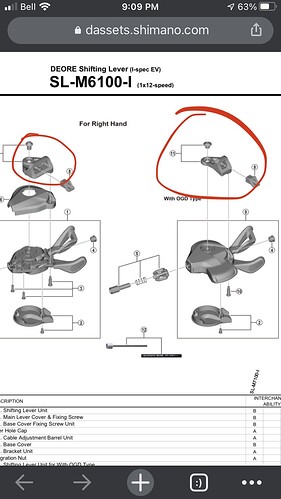 I’m trying to do something similar with upgrading my brakes and matching up to my last gen Deore shifter that is currently bar mount, but the whole body was different between the I-spec II and bar clamp version so at that point a whole new shifter seemed to be the way to go. I might just get ispec EV brakes instead and new shifter to go with it.

no optical display on mine. What seems odd is the part numbers for #1 (the shifter body without the mount) is a different part # 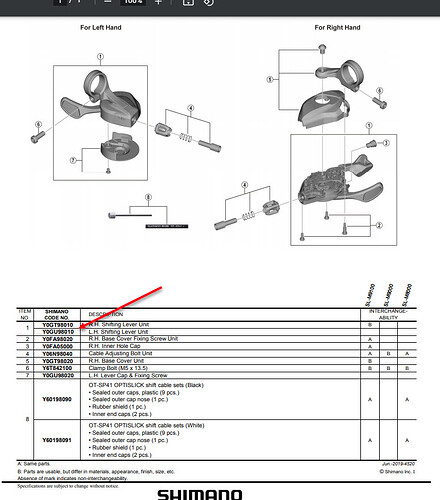 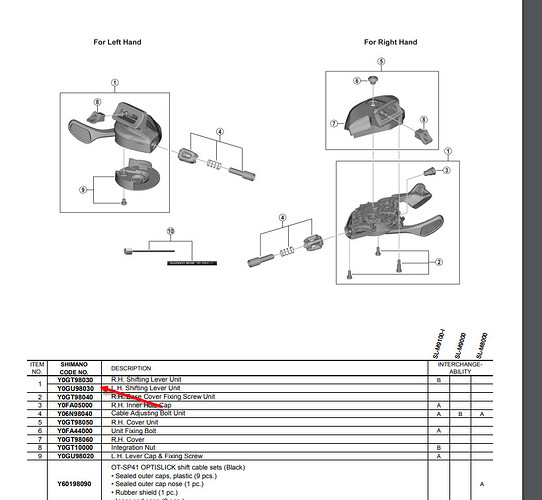 Shimano has made it all but impossible to mate the various iterations of iSpec together. It’s kind of hilarious, if it wasn’t so ridiculous. I have had good luck with the German brand Trickstuff before. They make a bunch of problem solver adaptors and may have what you need.

Oh sorry I just realized you said Deore XT, I was looking at the regular Deore 12s shifter that surprisingly shows the same part number for the cover on the bar clamp and ispec shifters. 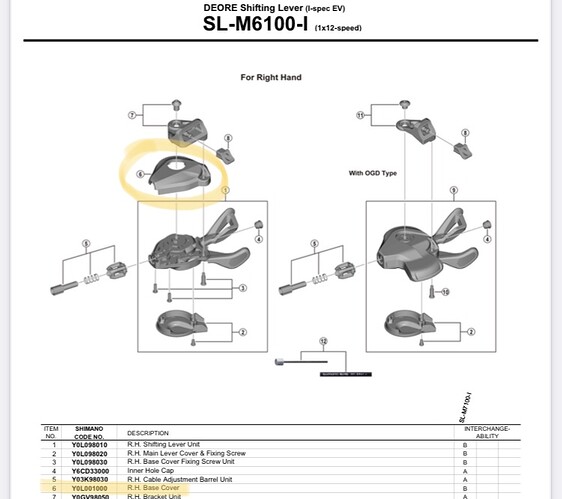 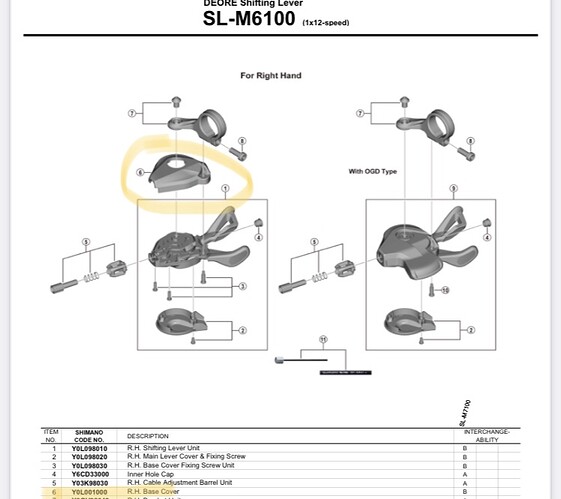 But when I look at the same diagrams you posted above they show the same number for the shifter bodies on each version? Maybe you just need to see if you can get Y0FA98050? 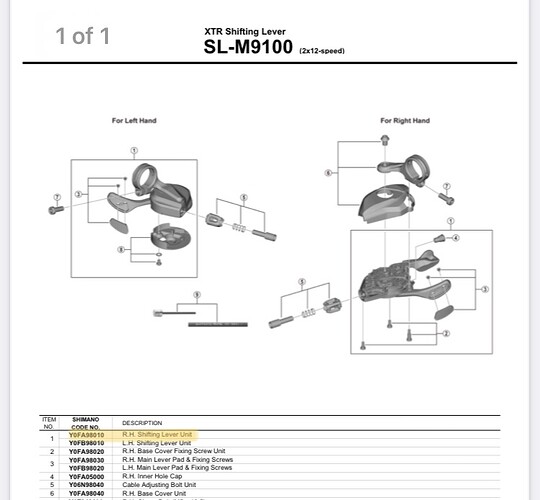 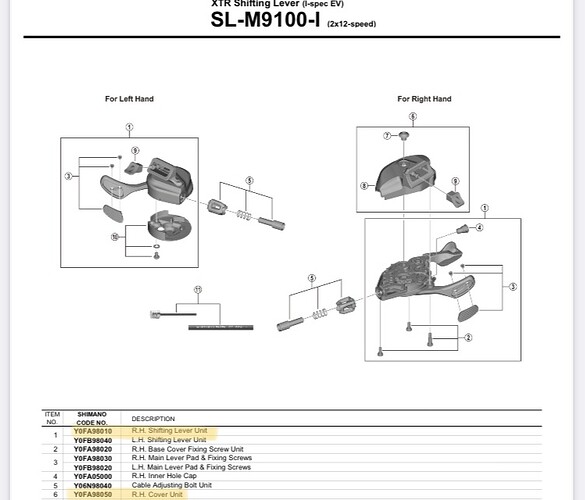 Agree with @brightwhite it’s ridiculous how difficult Shimano makes this stuff, probably intentional to try to get people to continually upgrade!

That’s odd, your diagram is for XTR and the bodies are the same which makes sense from a manufacturing point. XT shows diff numbers, maybe its a misprint. Looking at the images the bodies look the same and well as in pictures.

Oh whoops google took me to the XTR and not XT. Very odd that it’s a different shifter body between the 2 Versions of XT. They probably don’t make it easy to switch the cover anyway. Might be best to see if an aftermarket company makes something that would work like others suggested or get a new shifter like Shimano wants you to