Has anyone seen a spoke nipple that looks stripped from a brand new bike? I’ve broken a spoke on this bike twice in the last month, and maybe only two other times in the last 23 years. I know I gained a little more weight recently, putting more stress on my wheels. I don’t see how that damage could cause broken spokes, but I’m no expert. 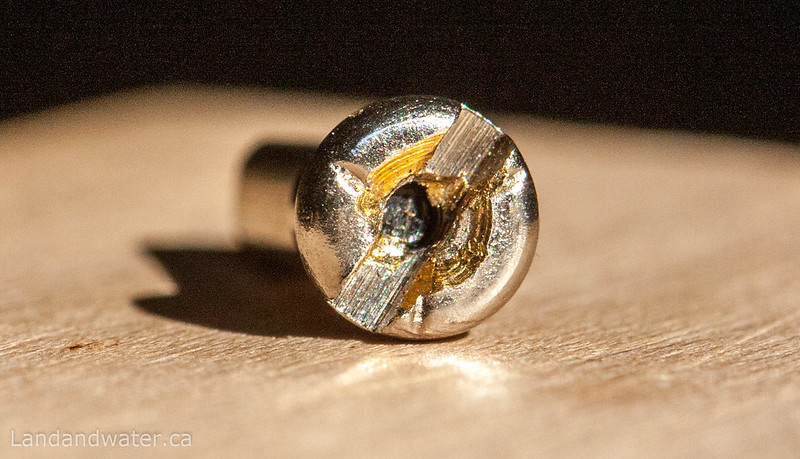 What kind of wheels and where did the new bike come from?

That damage looks like it could be from nipple manufacturing or the wheels were probably built by machine and maybe something went wrong. Likely not the cause of broken spokes. Uneven wheel tension is usually the cause of spokes breaking. Or cheap spokes.

I was going to say the same. The threads that grab the spoke are down inside the nipple, so the damage you see there is from the screwdriver or whatever they used building the wheel, nothing to worry about.

I’d take it to the shop and get it fixed and ask them to give it a look, as mentioned above if tension is out of whack it can make a big difference.

clearly poorly assembled. I guess nobody else has noticed this on their wheels.

They might use a cordless screwdriver or something to start them, and then finish tightening by hand with a spoke wrench on the other end of the nipple.
May not look too impressive, but that’s not why your spokes are breaking