Anyone out there ever have a problem removing a cassette from an XD compatible hub? The cassette is a X01. I’m using a chain whip and a park FR 5 cassette tool which I bought and used for Shimano but seems like it should work with SRAM also. Am I mistaken? Any suggestions? It’s a spank oozy hub if that makes any difference.

What exactly is the issue? That tool should fit the lock nut.

If the tool isn’t going in far enough to engage the lock nut, the tool may be bottoming out on your axle end cap. Removing the end cap should solve that issue.

Yeah. It seems not to be going in all that far and when you go to turn it it pops out. I’ve changed many Shimano cassettes without a hitch but this, being my first SRAM, seems to be a little more stubborn. I was just concerned I may have been using the wrong tool. My axle is a Syntace and is removed. There is no end cap as far as I can tell.

Never used a XD system before, but I have two tools. Park FR-5 and FR-5G. The FR-5G goes much deeper. Both work on Shimano cassettes, but only one(FR-5G) works on centre lock discs because it allows the axel to go deeper into the tool. Maybe this is the same issue, I’m not sure.

This may be helpful also-

The Cassette is at the end of its life anyway. For the time being it still engages the chain though it would never accept a new one. My problem here is getting the “lock tube” off. I’m hoping the rest of the cassette won’t be an issue. I’ve had Shimano’s dig into the freehub bodies before and they have been a pain to remove. Thanks for the feedback.

Well be careful, I’ve seen hubs ruined as well. In most of the cases I’ve seen it was due to a manufacturer overtorqueing the cassette onto the freewheel somewhere in Cambodia or Vietnam, chances are this is not your situation so at least you shouldn’t have to worry about it getting that far out of hand.

just did 2 at the shop last month, both very difficult to get off, just make sure all your tools are in good condition, so you dont strip anything, and put some muscle into it. Its scary as shit, but that BANG when it comes loose is sooo rewarding!!
There is no chance of the sprocket digging into the hub like an aluminum, the worry is all on the threads. you can see the portion that turns to remove the cassette below, the cassette removal tool turns the internal part 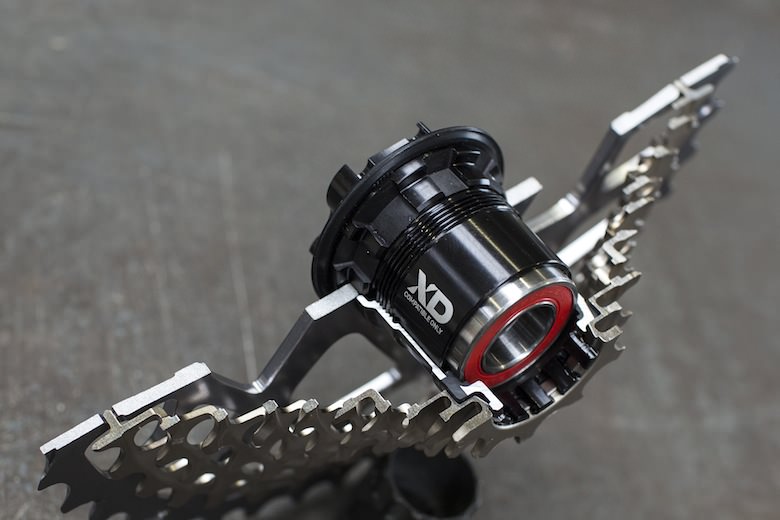 One of our comments on the latest Tech Spotlight pointed out we didn't touch on the cassette - and JaseRidesBikes was absolutely correct so here it is!We're going to touch in specific on XX1 Casse

This is really interesting. To be honest I was thinking it would be more a Shimano like setup. Should have known better. Thanks for this @sheldonmcq