I just want to warn anyone that’s looking for a hitch rack that there is a Thule T2 on kijiji for $100 to stay away from. It was my rack that I thought was disposed of. I was rear-ended in January and the rack was damaged (there are several points on the rack where you can see the metal is stressed). If you buy the rack you’ll be out $100 and potentially a bike. 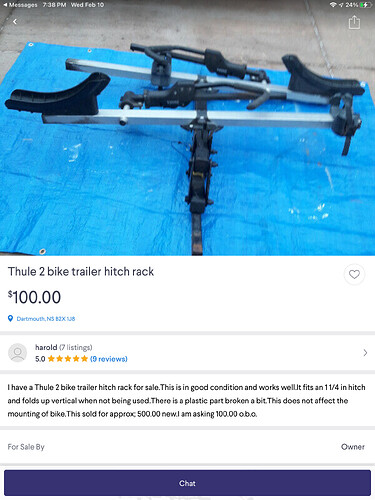 It does not look good in the photo. Maybe Kijiji has a reporting feature.

You can report it to kijiji and then message the seller to let them know it was reported.

Just reported it to Kijiji too :). Just want to get the word out in case anyone’s already tried to message the seller.

When you do look at the rack, you can tell pretty quickly that it’s pretty beat up.

And potentially a life.
Bike rack mishaps are no joke, this is a solid heads up. Good job. 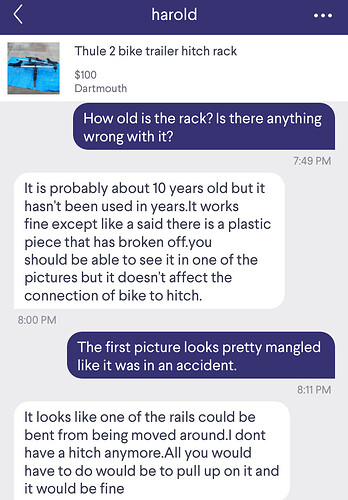 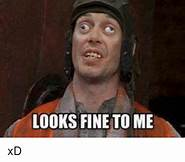 This is why I had to send pics of cut up frames to Trek (and other companies) before I received a credit on the replacement.

Worse experience was cutting up a still in the box carbon 29er because the front der cable guide was broke by the housing cap during transit. Of course, the irony being that this bike would obviously be a 1 x Y .

You should have messaged me, I could have Photoshopped the cut with ease, and then we could have split the profit on the frame!

Yeah, I was just thinking of that same thing last night for some reason.

Ok i gotta troll this guy

That sucks, I’ve had a few warranties from Wiggle where I’ve got a replacement or refund for an item and just kept using the broken one.

I had a saris rack that a broken fastener that was easily replaced with a bungee cord that I used for two more years after breaking, a cassette that was missing the 11T ring that I just used the old one from the one I was replacing (and sold the non-OEM replacement) and a pair of TLD gloves that a bit of stitching came undone and I’ve continued to wear since 2016 while a brand new pair sit in my dresser.

I had a wheel, hub blew, said heres a full refund dont worry about it, had the 150 dollar rim laced to a hope hub, sold the axle, drivers, bearings and spokes online and came out in the positive. CRC is really good most the time!