I am traveling internationally next month. I want to take my 2012 Giant Trance with me. I have heard of going to an lbs and getting a bike box to ship with. Does anyone know if any of the lbs will pack up a bike for air travel?

Or does anyone have any tips on how to get it prepped for air travel?

@Mudrunner some good info in this older thread…

What does it cost to fly with a bike? Bicycling

I have a work trip to Ontario coming up and am wondering if it would be worth it to try and bring my bike. Does it cost much to add a bike to checked bags?

I have a hard case bike box that I’ve been thinking of selling. Worked great for me, but thinking of an upgrade. If you’re interested, let me know and I’ll send you some pictures and specs.

The easiest way to travel with a bike is to get a bag for it, much easier to deal with at airports since they usually have wheels. I borrowed a softsided EVOC bag for my recent trip to Moab and it worked a treat. A bike box is fine, but pretty unwieldy. You should learn how to take your own bike apart (just need to remove wheels, handlebar and pedals generally) so you won’t need to rely on a bike shop. Bring all the tools you need to reassemble. Most shops should be able to give you a bike box for free.

This is a one time shipment. @Mudrunner, a buddy of mine, recently moved to Texas and needs to get his bike there now.

The evoc bag costs as much as the bike, in this case.

When my wife and I fly with our bikes I put them in clear bags I make from vapour barrier. It is inexpensive and the only problem I’ve had is once with a rear derailleur because I was too lazy to disconnect it from the frame & protect it properly e.g. with bubble wrap. You can use some pipe insulation to protect tubing or wrap some towels around them if you want to protect from scratches.

It is better for a point to point tour since how do you carry a big bike box or purpose built carrier bag on tour? And then you don’t have to source a cardboard box when you depart for home, either, since you can carry the bag with you on tour. Compared to when I used an expensive bike bag it took a lot less time to reassemble the bike, too.

Baggage handlers can easily see it is a bike in a transparent bag so – since most people aren’t evil – they tend to be relatively careful with it compared to an opaque piece of luggage. Your mileage may vary but I wouldn’t hesitate to carry any of my bikes this way.

And my friends Friedel and Andrew travelled around the world this way: http://travellingtwo.com/resources/flying-with-a-bicycle-in-a-plastic-ctc-bag

Now I use vapour barrier and tape since it’s even cheaper than a CTC bag. I suspect that most people who say not to use a clear plastic bag have never done it themselves and are merely talking out of their behinds! But I would be interested to hear if anyone has had a truly bad experience (not caused by laziness like mine was, anyway!)

MEC used to rent out hard plastic travel cases. I rented one about 10 years ago. Quite reasonable too I think…something like $100 for 3 weeks. Don’t think the Halifax store does anymore, but maybe if enough people inquire they will bring them back

How did you break down your bike when you put it in the bag?

Turn the bars and strap to frame, lower the saddle, remove the pedals, take the RD off the frame and wrap it in bubble wrap. 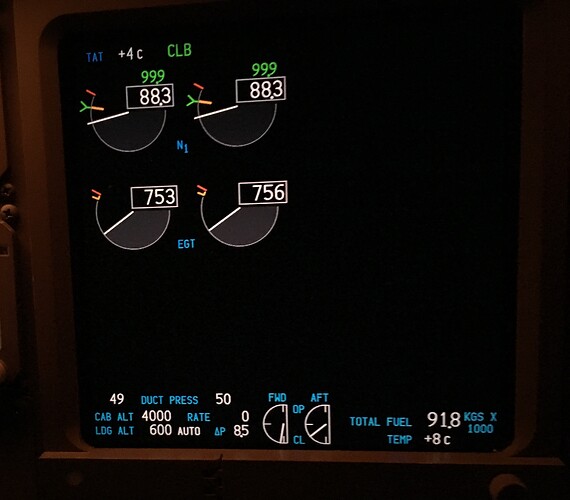 I noticed in the old thread a bit of discussion about airplane cabin pressure and deflating your tires.
I took this picture while cruising at 32,000ft and the cabin altitude is 4000ft. This will vary by aircraft type (jets)but not by much, even at 41,000ft cruise the cabin will be at about 8000ft and yes the cargo hold is pressurized. So feel safe leaving some air in your tires on a mountain bike.