The trail head is located at the end of Dominion Crescent in Lakeside. Most riders park at the BLT trail parking lot on Lakeside Park Drive and then ride up to Dominion Cresent.

The former trail head is located just near the Burger King in Bayers Lake Business Park, hence the “Whopper” part of the name. Due to development, the original entrance is now non-existent.

Hi! I’m very new to the community of mountain biking and had a couple questions. I’ve been riding for a little while though. I live near where the old whopper dropper used to be, and always wanted to try it. Obviously, it’s gone now, pretty much, and a lot of the wooden features as well. Although, there are a couple different trails behind the BLT rails to trails like flip side and power lines. I was wondering, are there any rules about adding new wooden features like small bridges or small jumps, with a pass by incase, on these trails or are people free to contribute at their own will. Just wondering also if we’re allowed if there was a group of people who would be interested in building some of these cool features together as a group. Thank you all so much!

I’d recommend not to on the Birch Cove Wilderness Protection Area as it could get us all banned.

On the flipside or daminion are not part of that area though.

I would say to be conservative as big wooden features would get us kicked out of there too. Both are private land.

There are some of bridges the could use replacing in whopper.

There is also some room for other lines in around daminion or for example between flipside and the climb up to power lines top.

I personally think the time and effort associated with wooden features could be placed into other trail features. Such as some of the current wooden features already there. Or Berms. Imagine a Berm in Whopper???

There is so much legal trail work going on right now as well to get involved with. MRWA, WWMBA and more comming that if your looking for guidance and a solid way of spending your time, the oppurtunity is there.

End of the day, nobody on here can really tell you yes or no. But Jeff is totally accurate that bringing unwanted attention to whopper is not for the greater good

If you do build something, make sure it can handle a Moto.

Thanks everyone for answering, it was great to hear from people about this topic, lots to take into consideration. Don’t think I will be building anytime soon, but I will definetly check out those worn down feaatures thanks!

Thank you Jeff! Do you have any idea where maybe those bridges are or a distance or something like that? All good if you don’t, just wondering. I also was wondering how often group rides happen at Whopper and if maybe I would be able to organize one in the future one day. Thank you so much!

There one bad one here: 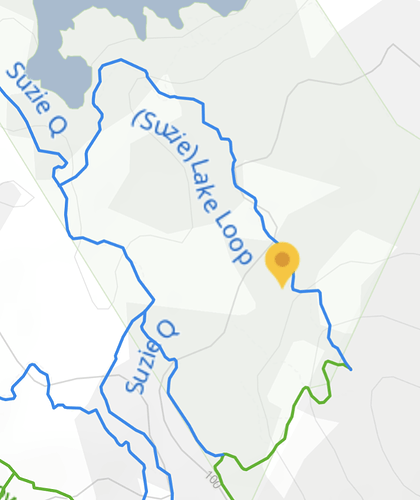 I’ve always wondered if a fun DH (albeit short) run could be cut here: 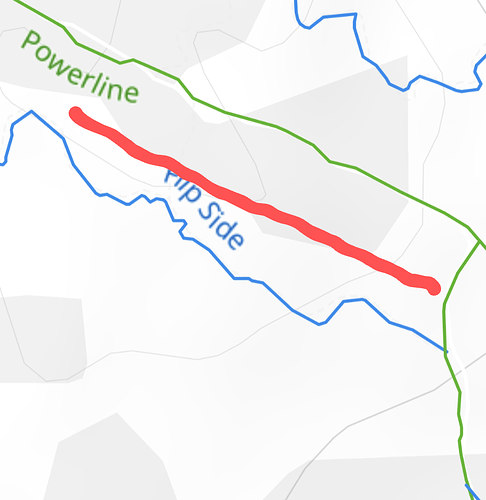 Staying far enough off the flipside such that it does not develop cross cuts over time.

Also off the powerlines enough that it does not get trimmed by power crews.

Wooden structures have kind of gone out of fashion as technical trail features for mountain biking. Sometimes they are poorly built, and then not maintained when the builder loses interest and moves on, leaving an unsafe structure that falls apart after a year or two. Structures also attract the attention of landowners and managers as a liability - they could get sued if someone has an accident and gets hurt or dies on their property. Dirt and rock features tend to last much longer and attract less attention, if doing unpermitted building on someone else’s land.

There’s a lot of work happening on sanctioned trails these days. As @Enduro_Performance said, consider volunteering for a trail association (like McIntosh Run (MRWA), Nine Mile, Wentworth (WWMBA), Empire Trails), and helping out with their work. Volunteer labor is really valuable, you can learn a lot about trail building, and they may have an interest in building some technical trail features on their systems. The standard of building on the sanctioned systems is getting to be very good, and trail work is more likely to last - sometimes a landowner will sell or develop their land, and all the work that went into a trail system is lost in a few days, like what happened to Whopper.