Saw this posted at the NMR trail head. Not sure who organized it.

I haven’t even tried to ride this trail over the summer due to the condition of the bridges. Hope to see some folks from the MTB community there! 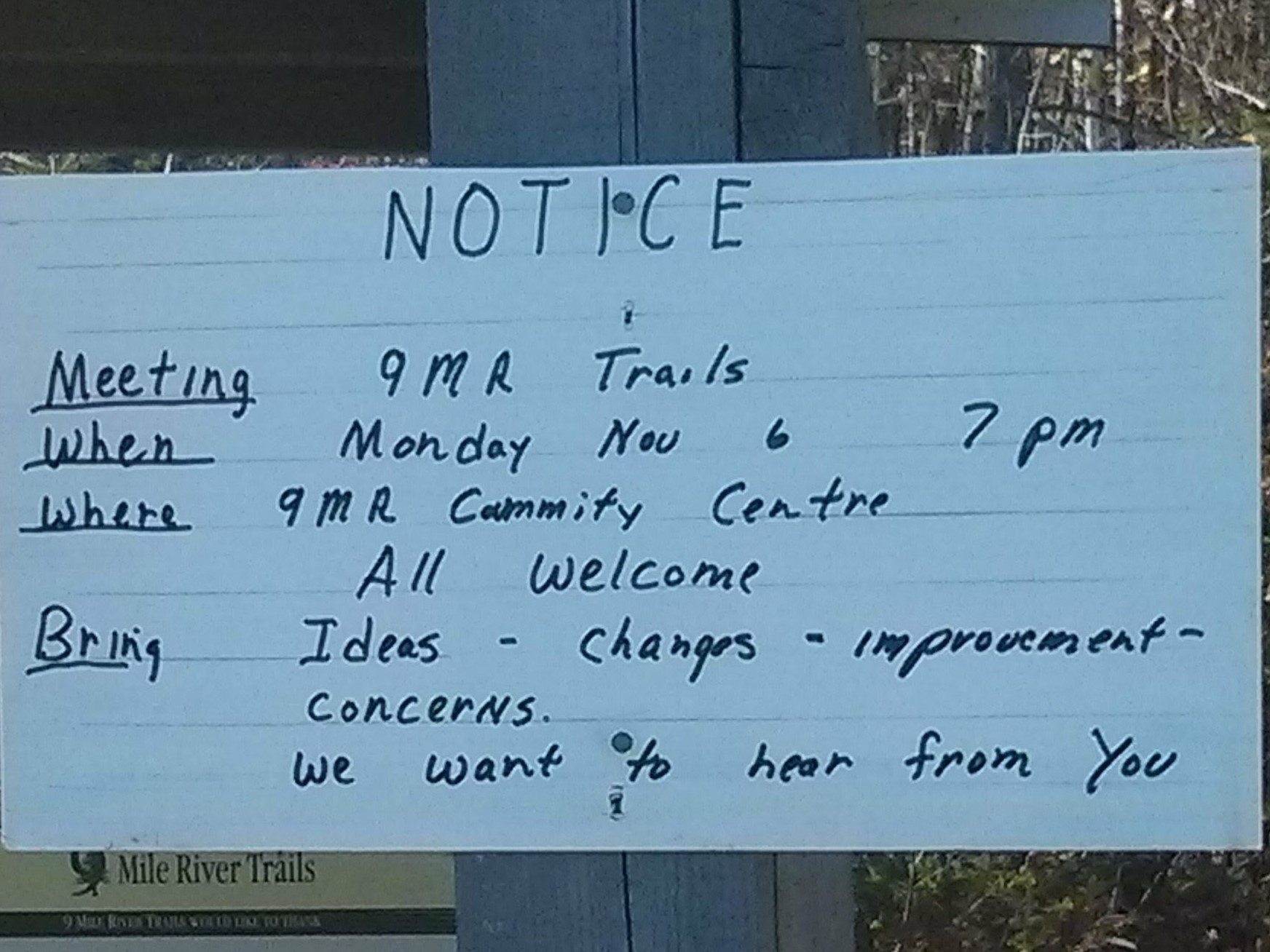 Lots of mud holes And wooden bridges needs to be repaired or maintained.
Overall, really need a serious makeover.

I wonder if this is @JonnyFever 's work. He posted a thread earlier this year about doing sometrail work there.

I’ll see if I can make it, but would like to see some from the new MTB Halifax association in attendance.

I have another meeting that night so can’t attend, but support work being done in the woods!

It isn’t? Huh, I thought Enfield and Elmsdale were still located within HRM.

They are. But Nine Mile is north of Enfield, which is right on the line. 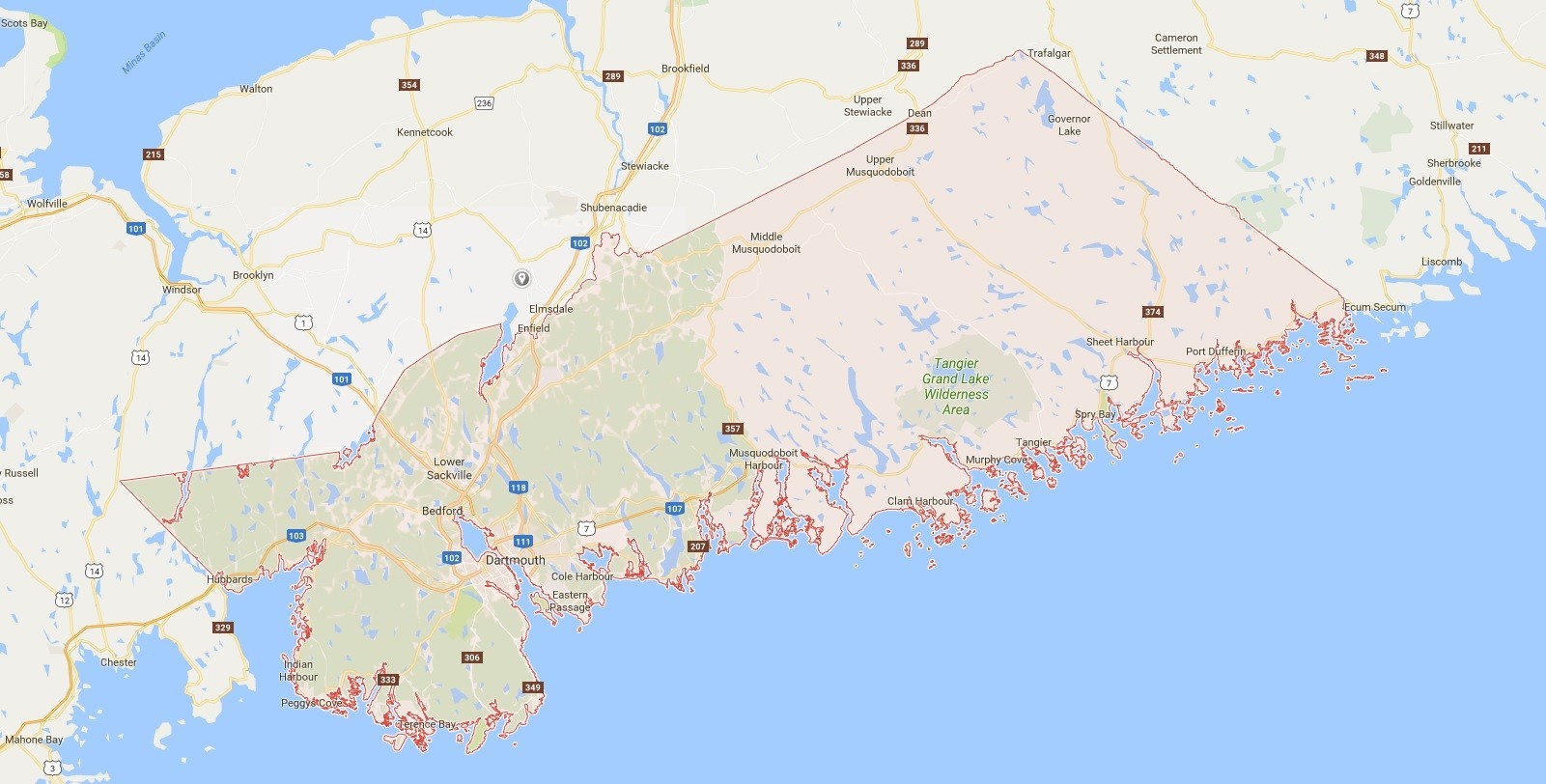 the shubie river is the line. HRM by the bigstop, a lot of east hants is like this.

Hey @JonnyFever, we were wondering if this is a meeting you are holding?

nope…however i have addressed and brought this up with locals and municipality as a safety hazard issue. possible it actually worked.

Well, I suspect it did. Nice work. Lets hope something comes of this.

Such a great place.

Going to try to make this. There was mention in another thread back in August of wood being ordered for bridge repairs then nothing… was curious what was going on.

@JonnyFever - did you ever get in there to do any work in there this summer? I did take a day and try to do some drainage work. I meant to get back to do a bit more, but too many other things and other trail builds going on.

Elmsdale is in Hants. Respect, yo.

That HRM/Hants County line has caused me some grief as well… the Cob is in Enfield, 95% of which is in Hants but that little section where the Cob is, is in HRM… tried to get funding from the East Hants Municipality but you can guess the answer I got.

Interesting. Is the land sanctioned? Could a usage agreement be struck?

Just found out I can’t make this meeting. Is anyone here going?

Hoping to, but still unsure at this point.